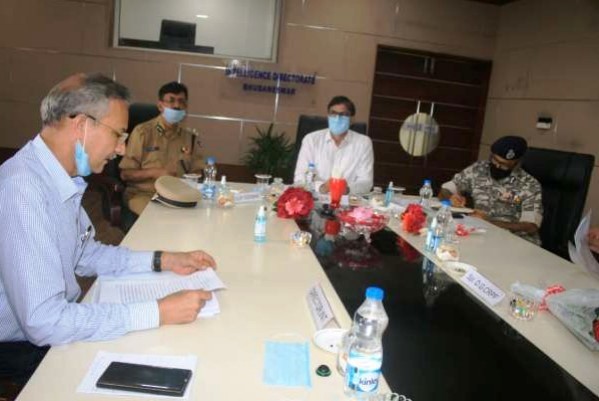 Bhubaneswar:  Senior Security Advisor of the Ministry of Home Affairs Vijay Kumar and CRPF DG AP Maheswari today visited Odisha for a review of anti-Maoist strategies and assured the Centre’s full support to the state in fight against Left Wing Extremism (LWE) menace.

The meeting attended by DGP Abhay, CRPF Special DG Kuldip Singh, Intelligence Director RK Sharma, IGP (Operation) Amitabh Thakur, among others had discussion on the current LWE scenario in the State, progress made towards combating the menace, operational strategy, re-deployment of CAPFs, coordination and requirements.

At the meeting, the officials stressed on further intensification of anti-Maoist operations in the core operational areas of CPI (Maoist) in the State with greater synergy with Central Armed Police Forces (CAPF). They also emphasized to fast track the re-deployment of CAPFs in Kalahandi, Kandhamal and Nabarangpur districts.

Besides, the Odisha officials were asked to have a better coordination mechanism similar to one between Andhra and Odisha Police, which has been commended by the Union Government.