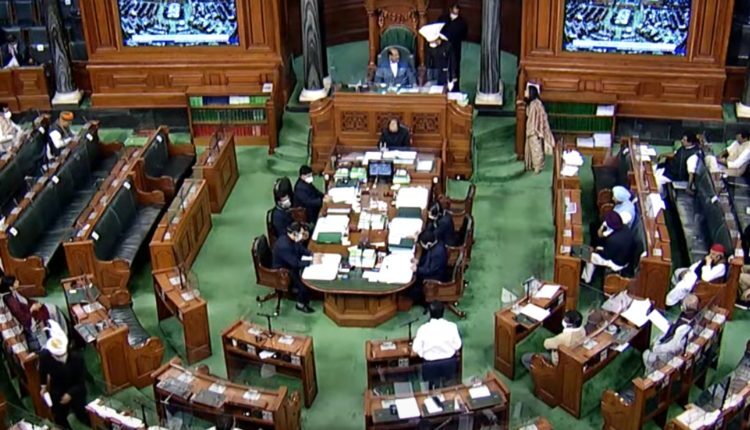 New Delhi: The Centre on Friday is likely to table some important Bills in the Lok Sabha, including National Anti-Doping Bill,2021. Several private members’ Bills will also be presented by the members.

Sports Minister Anurag Thakur will introduce a Bill to ‘provide for the constitution of the National Anti-Doping Agency for regulating anti-doping activities in sports and to give effect to the United Nations Educational, Scientific and Cultural Organisation International Convention against doping in sports, and compliance of such other obligations and commitments there under and for matters connected therewith or incidental thereto’.

Health Minister Mansukh Mandaviya is to move that the amendments made by the Rajya Sabha in the Bill to constitute National Surrogacy Board, State Surrogacy Boards and appointment of appropriate authorities for regulation of the practice and process of surrogacy and for matters connected therewith or incidental thereto, be taken into consideration.

After the Lower House approval of the Supplementary Demands for Grants for 2021-22, Finance Minister Nirmala Sitharaman will introduce The Appropriation (No.5) Bill,2021 to authorise payment and appropriation of certain further sums from and out of the Consolidated Fund of India for the services of the financial year 2021-2022.

Minister of state Arjun Ram Meghwal is to make a statement regarding the Government Business for the remaining part of the session.

Biju Janata Dal’s Anubhav Mohanty is to call the attention of the Minister of Youth Affairs and Sports on the subject ‘Khelo India Scheme and sports infrastructure’.