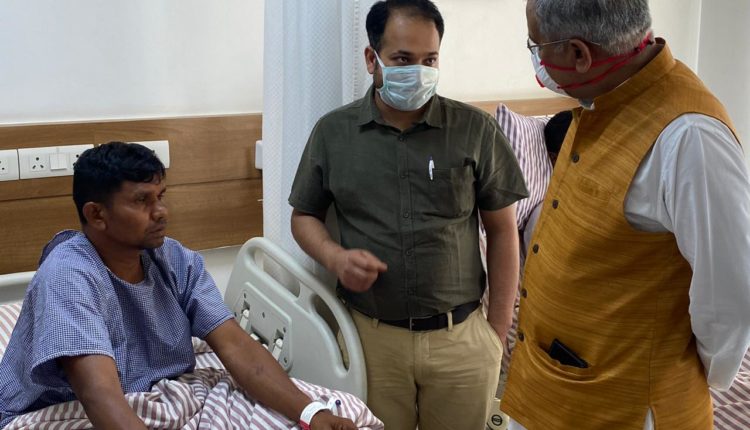 Raipur: Bodies of 17 security personnel, who were missing after an encounter with Naxals in Sukma district of Chhattisgarh, were found on Sunday, police said.

“Bodies of 17 security personnel were recovered by a search team and were being evacuated from forests,” Inspector General of Police (Bastar range) Sundarraj P told PTI.

Earlier, in a major joint offensive, separate teams of nearly 600 personnel belonging to the District Reserve Guard (DRG), Special Task Force (STF) and Commando Battalion for Resolute Action (CoBRA)- an elite unit of CRPF, launched an anti-Naxal operation from three sides towards Elmagunda after getting inputs about a huge gathering of ultras there on Saturday.

When the patrolling teams were near Minpa village forests, a group of around 250 heavily armed ultras ambushed them, leaving 15 personnel injured, he said.

The gun battle lasted for about two-and-a-half hours, he said.

“Later, 17 personnel were found to be missing for which a search operation was launched. Today, their bodies have been recovered and the search team is on the way back, he said.

Earlier, the police in a statement said 14 police personnel were injured and 13 were missing after the gunfight.

The injured personnel were airlifted to Raipur and admitted to a private hospital where the condition of two of them is stated to be critical, he said.

According to police sources, at least 16 automatic weapons, including AK47 and an Under Barrel Grenade Launcher (UBGL) were missing following the encounter.

Odisha lockdown: Violators can be booked under these IPC sections

Fight against Covid: Over 50 lakh vaccinated in Odisha so far