Chandrababu Naidu breaks down at press conference over ‘humiliation’ [Watch] 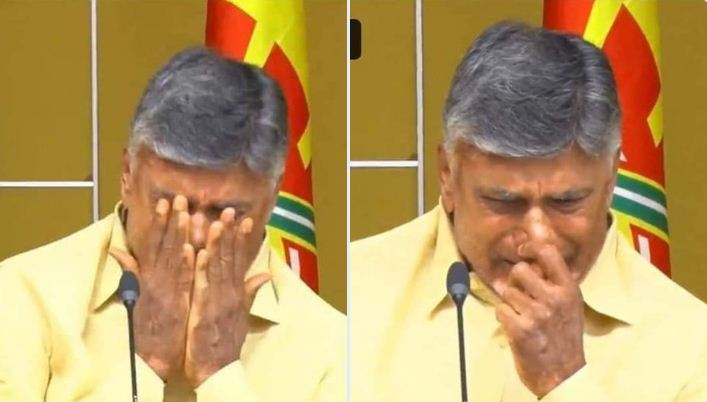 Amaravati: TDP president and former Andhra Pradesh Chief Minister N. Chandrababu Naidu on Friday broke down at a news conference and vowed not to step into the state Assembly until he wins the elections.

Alleging that the MLAs of ruling YSR Congress Party (YSRCP) humiliated him by making personal remarks about his wife Bhuvaneswari, Naidu turned emotional and broke down.

The leader of opposition said that he never faced such humiliation in his political life.

He said his wife never interfered in politics, but the YSRCP leaders dragged her name and resorted to character assassination.

The TDP president said he tolerated all the humiliations during the last two-and-a-half years but the ruling party crossed all limits.

He said speaking ill about any woman only reflects on the character of the person speaking.

Naidu hoped that his wife will file a police complaint against YSRCP MLAs for resorting to character assassination. He said she should even take it up with the women’s commission.

The TDP chief appealed to people to extend support to him in this fight for ‘dharma’.

He likened the Assembly to ‘Kaurava Sabha’ & decided to boycott it till 2024 in protest against ‘ugly character assassinations’ by YSRCP ministers & MLAs, says TDP in a statement pic.twitter.com/CKmuuG1lwy

Another low pressure with intensification likely over Bay of Bengal; Check IMD’s forecast