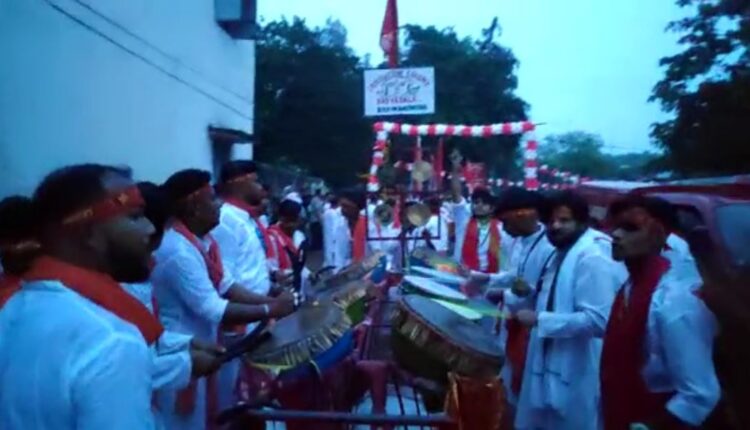 Bhawanipatna: The Chhatar Jatra of Goddess Manikeswari was today held in Odisha’s Kalahandi district with the participation of public after a gap of two years.

The procession of Chhatar of Goddess Manikeswari was taken out to Jenakhol on the outskirts of Bhawanipatna from the Manikeswari Temple following secret rituals. The ceremonial chhatar returned to the temple in a procession.

The event was held sans devotees during the last two years due to COVID-19 situation.

Hundreds of animals were sacrificed during the festival while around 30,000 people congregated to witness the event.