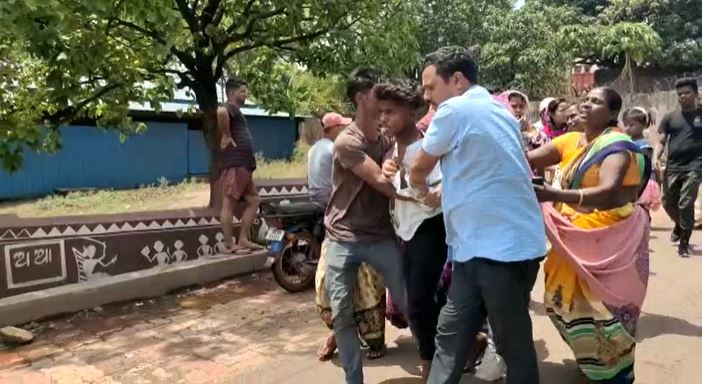 Joda: The Chhattisgarh State Police faced stiff opposition from locals in Joda area of Keonjhar district in Odisha today morning while arresting a youth on charges of running away with a minor girl from Sitapur area the neighbouring State.

On March 28, the girl’s family filed a complaint at the Sitapur Police Station accusing Rohit of running away with her to an unknown place.

Based on the complaint, the Chhattisgarh State Police team launched an investigation and traced Rohit to Joda. With the help of the Joda Police, the team raided a slum in the town, and detained Rohit at the local police station and rescued the minor girl.

While the Chhattisgarh Police was trying to take Rohit along with them, some residents of the slum reached the Joda Police Station and stopped the police team’s vehicle.

The slum residents stated Rohit has lost his parents recently and has the responsibility to take care of three younger sisters. They urged the police team to show compassion and set him free.

Till filing of this report, the Chhattisgarh Police was holding a discussion with family members of Rohit and the minor girl to resolve the matter.

It is worth to mention here that Rohit, who have been appearing the Class X exam through an open school, was unable to write his paper today following his detention by the neighbouring State Police.

Asthma in children likely to worsen after Covid infection: Study