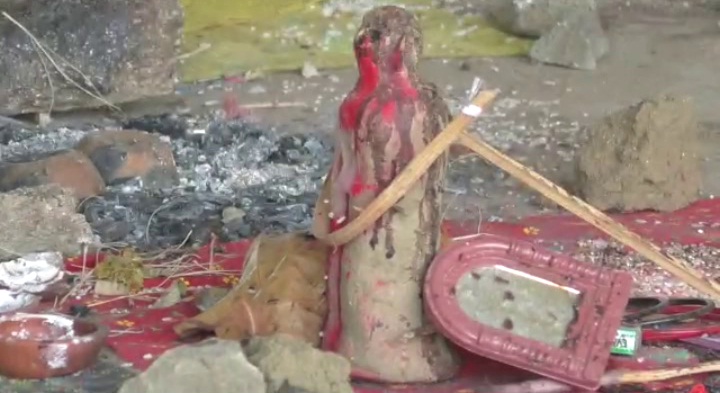 Titlagarh: Even after enforcement of anti-witch hunting law in Odisha, the human sacrifice continues unabated in rural pockets with another report from Titlagarh where a newborn was allegedly sacrificed.

The incident took place in Balangir district of Odisha where a newborn’s body was found lying near railway track near Titlagarh Railway Station yesterday. The locals suspected it ‘child sacrifice’ as they found some articles used as part of rituals in sorcery act near the body.

According to reports, some children spotted the newborn’s body wrapped in a blanket lying under a bridge near a railway track on Thursday morning. They also found some articles, basically used for worshiping, just few metre away from the spot.

On receiving the information, the police reached the spot and sent the body for autopsy. As the body had already started decaying, the injury marks on the body were unclear.

The cause behind the death of the baby boy will be revealed after the postmortem.

“We are discussing the matter with the Kantabanji railway police and everything will be cleared after we receive the postmortem report,” said Balangir railway police official Durga Charan Pradhan.

The incident came a few months after a headless body of a minor boy was recovered from a river near Sundhimunda village under Sindhekela police limits on Oct 16 last year. The police cracked the murder and found it as a human sacrifice.