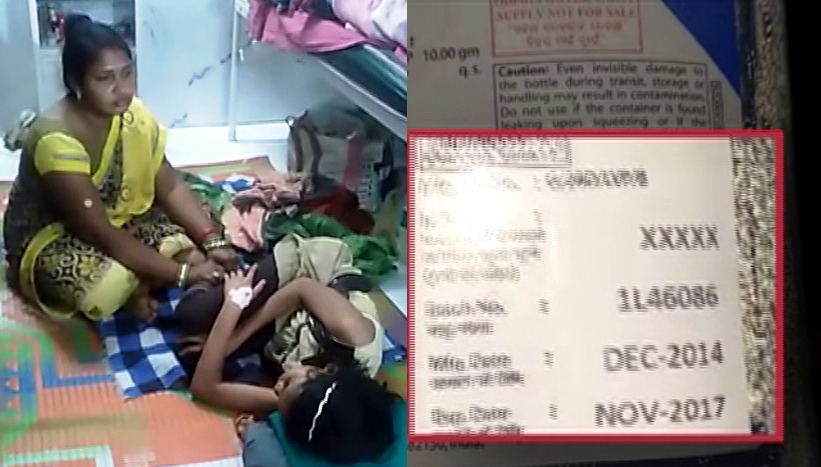 Balangir: Tension gripped the District Headquarters Hospital in Odisha’s Balangir after the father of a minor girl, who was admitted to the paediatric ward of the medical for fever, alleged that his daughter was administered with expired saline last night.

According to reports, Achyutananda Swain of Gandhinagar here had admitted his daughter to the hospital as she was suffering from fever. The girl was later administered with saline at the hospital.

However, Swain complained that the solution had expired citing that the ‘Expiry Date’ on the label of the saline bottle read ‘NOV-2017’ (November, 2017).

Following this, saline bottles of other patients were examined and it came to fore that three more children were also administered with expired saline. The bottles were then removed.

The medical store of the hospital was reportedly found locked after the incident. Family members of patients have expressed resentment over the matter.

On the other hand, the Chief District Medical Officer (CDMO) has ordered for an investigation into the allegations.