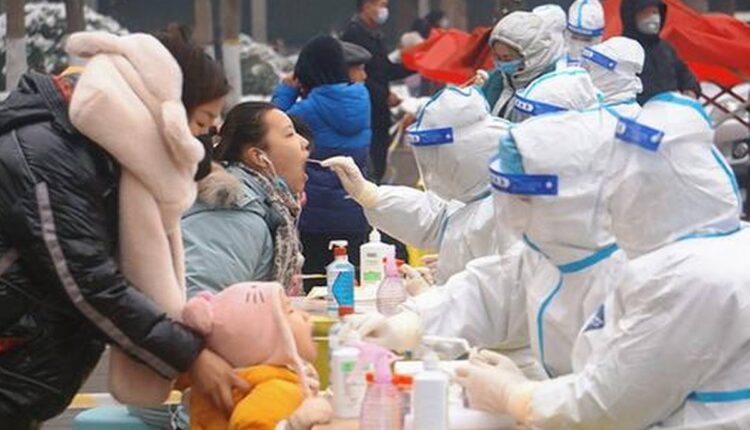 New Delhi: Zhengzhou city, the capital of China’s Henan province, has claimed to have completed the Covid-19 testing of 12.6 million residents in just six hours or 2.1 million people per hour or 583 residents per second, the Global Times reported

The city is the latest to carry out mass nucleic acid testing which started on Friday.

The Global Times report said the development shows that Zhengzhou city has obviously learnt a lesson from Xi’an, where some local health officials have been punished for negligence.

A total of 175 Covid-19 cases resulting from virus carriers from Henan have been reported as of Saturday.

They have spread from Henan to Shanghai and nine cities in Zhejiang, the country’s National Health Commission announced on Saturday.

The source of the pandemic in the city of Yuzhou, which locked down to curb the virus on January 3, was found to be a cluster infection at a local company.

Residents living in nearby communities were reported to be infected and there is a risk of community transmission.

The confirmed cases in Zhengzhou also suggest that local community transmission has occurred.

On Saturday, Zhengzhou city issued a notification ordering all primary, secondary schools and kindergartens in the city to halt in-person classes from Monday.

From now on, all party and government organs, enterprises and institutions at all levels in the city shall properly arrange work to avoid congregation of employees. Also, from noon Saturday, citywide catering businesses will be suspended, and instead, food take-outs will be provided.

Pani Puri and its famous siblings!