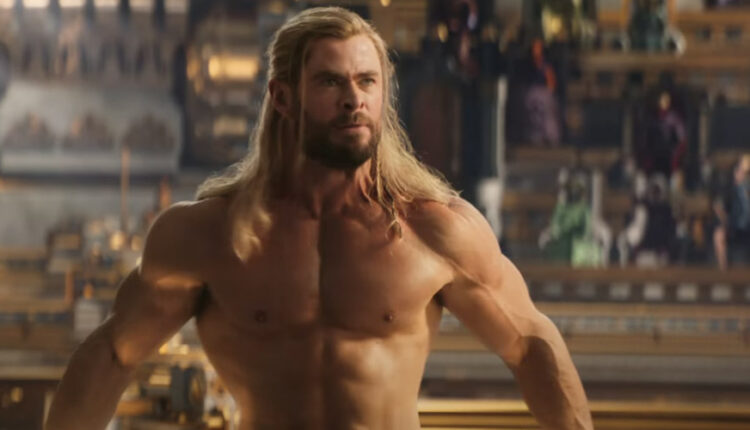 Los Angeles: Hollywood star Chris Hemsworth did “a lot of work” to prepare for his nude scene in ‘Thor: Love and Thunder’.

Sharing that shooting the scene for the Taika Waititi-directed movie felt like a natural evolution for the character, the 38-year-old actor made sure he was in tip-top shape before taking his clothes off, reports aceshowbiz.com.

“I mean, it was kind of 10, 11 years in the making, that shot,” the Hollywood leading man, who stars alongside Natalie Portman in the new movie, told Entertainment Tonight.

“In each film we’ve taken off another item of clothing, and now we just kind of took it all off.”

Hemsworth, who embarked on an intense fitness plan before shooting the movie, admitted the director was the driving force behind the scene.

When asked what made him reprise the character for the new Marvel movie, he joked: “Obviously a contractual obligation. If it was my choice it wouldn’t have happened!”

The husband of Elsa Pataky has played Thor for more than a decade, and he previously confessed to over-training in the early years.

He said that his intense workout regime actually had a detrimental impact on his energy levels.

“For years I probably over-trained,” he shared.

“People who do muscle-building often don’t realize it’s a sport that shouldn’t be seven days a week, two hours a day,” the father of three continued.

“I was doing that in the previous Thors, and was coming up sorer, with less energy.”

Chris actually adopts an athlete-like approach to his preparation, but he ultimately finds the experience to be “incredibly rewarding”.

“The training across 10 years of doing it is a full-time job. That and then a 12-hour shooting day, it’s real grind. It’s incredibly rewarding, too, you have to look at it like a professional athlete.”