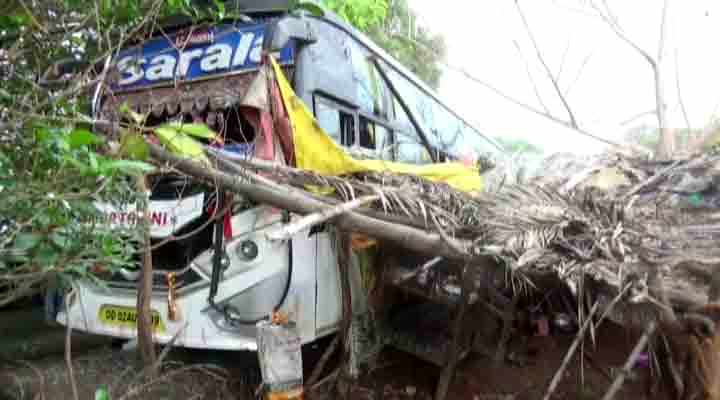 Balangir: It was a close shave for passengers after a bus rammed into a roadside shop near Kandhabahal village under Kantabanji police limits here in the morning.

According to reports, the speeding private bus en route to Khariar from Bhubaneswar rammed into the shop after it lost control.

Fortunately, nobody was inside the shop during the incident and the passengers were unhurt.

The Kantabanji police reached the spot and convinced the agitators following which the road blockade was cleared.