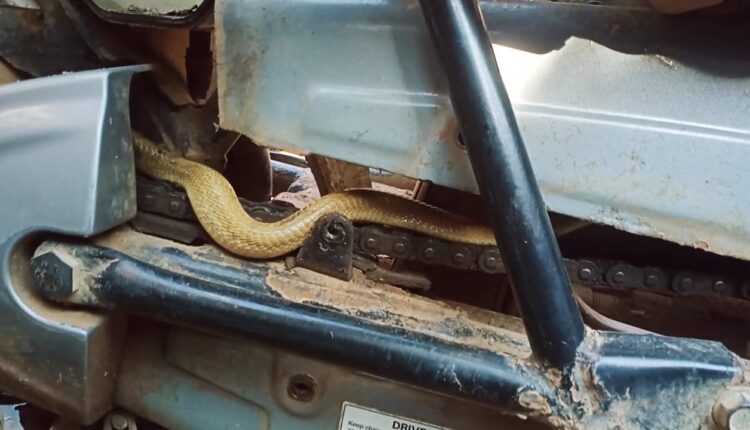 Puri: A biker was rushed to Capital Hospital in Bhubaneswar in a critical condition after a cobra hidden inside his motorcycle bit him in Delang area of Puri district in Odisha today.

The incident took place when Sukanta Samantaray of Delang area was returning home from a furniture shop here for lunch in the afternoon.

After travelling around 100 metres on his bike, Samantaray felt an unusual pain on his right foot. He initially ignored it only to find out later when the serpent bit him for the second time.

Samantaray was taken aback to find the cobra slithering out from inside the bike.

Trembling in fear, Samantaray immediately jumped off the bike. A few locals rescued him and contacted the members of Snake Helpline.

Samantaray has been administered the anti-venom injections and his condition is stable now, said a source in Capital Hospital.