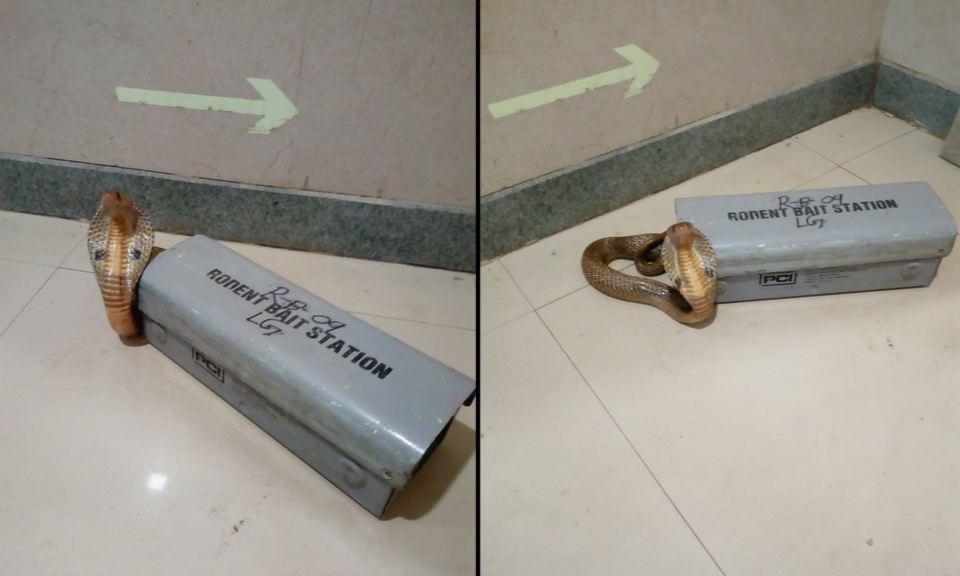 Bhubaneswar: A cobra was rescued from a private hospital in Odisha capital today. The snake reportedly got caught in a trap which was set for rats at the AMRI Hospital here.

The hospital authorities had set the rat trap as the rodents were damaging foods at the canteen of the medical. A cobra was spotted being trapped in the system this morning, following which the hospital staff contacted Snake Helpline.

A member of the helpline reached the spot and rescued the reptile. The animal will be separated from the trap as it got stuck by the adhesive of the rat trap and later released to a safe place, the helpline member said.