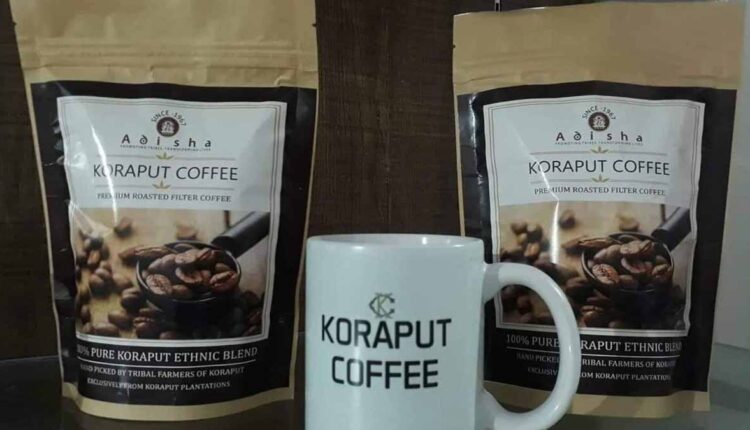 Bhubaneswar: Coffee farming is transforming the lives of the tribal population of Odisha’s Koraput district, which is considered one of the most backward in India.

Koraput, which is located in the Eastern Ghats at a height of 3,000 feet above sea level, is ideal for coffee cultivation due to its cool climate and rainfall. Koraput coffee is a unique blend, consisting of 100 percent Arabica coffee.

As opposed to the Robusta variety of the beverage which is acidic, Arabica coffee, growing in the shade of trees, has a host of salutary benefits, inducing people to switch to the latter. The coffee raised in Koraput is also of export quality.

Coffee plantation was first introduced in Koraput by the erstwhile Maharaja of Jeypore, Rajbahadur Rama Chandra Deo, in the 1930s. However, after the abolition of the zamindari system in 1951, the State soil conservation department undertook coffee plantation to prevent siltation in the Machkund basin in 1958.

Now, coffee cultivation, with the support of the Odisha government and the Coffee Board of India under the ministry of commerce and industry, has brought smiles to the faces of the tribal people of the district with the organic Koraput coffee emerging as a brand name. It is mostly cultivated by tribals in the district.

According to official sources, coffee cultivation has taken up over 2000 hectares of land in eight blocks of Koraput district and about 1100 metric tonne (MT) of coffee has been produced in the last crop season (2020-21). The tribal population in Semiliguda, Dasmantpur, Laxmipur, Lamtaput, Nandapur, Koraput, Baipariguda and Pottangi blocks is engaged in the coffee farming.

Over a period of more than 15 years, Rajendra Hantal, a tribal man from Kasampadar village in Nandapur block, has become a successful coffee farmer of Koraput region.

“Before entering into coffee cultivation, I was doing traditional farming like paddy crop, green gram, and a few vegetable crops in my field. At that time, I was unable to meet the expectations of my family. But now, I am earning between Rs 1.20 lakh to Rs 1.60 lakh per annum from the coffee cultivation on nearly 2 acres of land,” said Rajendra.

Rajendra not only grows coffee in his own land, but also enlists other tribal people of his community to do so.

Gajendra Dami, a tribal coffee farmer from Kendriguda village in Laxmipur block of the district, said his life has changed after engaging in coffee farming.

“I have been engaged in coffee farming for more than a decade. The government has provided land to us. I have a small coffee farm and earn around Rs 30,000 a year as the trees are yet to fully grow,” said Dami. Once the coffee trees have matured, the annual profit will touch nearly Rs 1 lakh, he said.

Apart from coffee, Gajendra is also cultivating black pepper, which is suitable to grow in the same climate. “I am also getting a handsome amount of money from the black pepper crop,” he said.

Not only Gajendra, but also about 40 other families of his village are now living happily after taking to coffee farming.

The State government had provided forest land rights of 46,000 acres to 30,000 families till June 2021. Many of the tribal families are using the FRA lands for cultivating coffee.

The government through its Tribal Development Cooperative Corporation of Odisha Ltd (TDCCOL) and Koraput Agro Products Producer Company Limited (KAPPCO), a producer company of the Odisha Rural Development and Marketing Society, is providing support to the coffee farmers, an official said.

TDCCOL alone has procured 28,790 kg coffee beans from 193 tribal coffee growers in the district in 2020-21. The State is procuring the dry parchment at a rate of Rs 35 per kg from the farmers. It has a processing unit at Sunabeda in the Koraput district where the final product is being prepared.

Green coffee beans procured from the farmers are subject to curing and roasting at this unit before they hit the markets. Aided by branding efforts and the buyback arrangement with the farmers, the TDCCOL is expected to contribute 500 tonnes in coffee output this year, said sources.

In September 2019, the Odisha government had launched coffee beans under the brand ‘Koraput Coffee’, and it has already carved a niche for itself both within and outside the State for its taste and quality.

The TDCCOL is not only promoting the brand but also selling the product in Adisha stores in Odisha and through e-commerce websites Amazon and its own Adisha.in, said Mansi Nimbal, managing director of the corporation.

“The State government is taking steps for the promotion of Koraput Coffee. We directly procure the coffee fruits/beans from farmers, so there is no role of any middleman. We pay the amount to the farmers through DBT,” she said.

Recently, Tata has shown interest in buying Koraput Coffee and selling it under its brand name. TDCCOL will facilitate the company in this, Mansi said.

The Coffee Board of India also has a coffee farm and office in Koraput since 1978 and it is providing technical support like training, capacity building along with a few incentives to the coffee farmers, said Senior Liaison Officer (SLO) of the board, Upendra Kumar Saha.

He said the Board has 26 acres of coffee farm, where 6.5 MT of coffee, at an average, is being cultivated each year. Apart from providing necessary training to the farmers, the Coffee Board is distributing post-matric fellowship to the children of coffee farmers and workers, Saha said. The Coffee Board also promotes entrepreneurship in coffee farming in the region, he added.