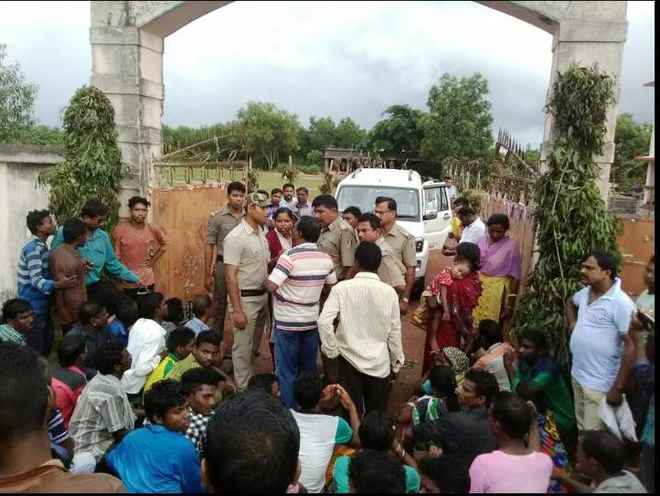 Baripada: Mayurbhanj Collector today suspended the headmaster and an assistant teacher of Patapur Adivasi Residential Girl’s High School under Morada block of the district on charges of dereliction of duty.

Collector Surendra Kumar Meena on the basis of allegations of the students suspended headmaster Rajiv Mohanta and one assistant teacher Susanta Kumar Das.

“Prima facie we have found some allegations, on the basis of which we have suspended them. Later we will initiate departmental proceedings against them. If we find factual evidence against them we will take further action,” informed Mayurbhanj Collector Surendra Kumar Meena.

Students of Patapur Adivasi Residential Girl’s High School under Morada block in Odisha’s Mayubhanj district today marched on foot for about 15 km to meet the Collector to air their grievances against the school’s headmaster.

A month after love marriage, minor girl ‘killed’ in Odisha

The students alleged that the school’s headmaster and another assistant teacher were subjecting them to mental torture. They even complained that the school authorities were misbehaving with their guardians who come to visit them.

After walking for about 15 km on foot in two groups on their way to Baripada to meet the Collector they were persuaded by Saraskana MLA Bhadav Hansdah and former minister Sudam Marndi to return to their school. The students returned to their school in a bus arranged by Marndi and Hansdah.

Following the incident Collector, Surendra Kumar Meena rushed to the school and held a closed door meeting with the students. The situation suddenly got tense after some guardians locked the school gate while the Collector was holding the meeting. However, the situation was defused after policemen rushed to the spot.

On the other hand, the suspended headmaster has, however, termed the allegations against him as baseless.

“This is completely false. Some outsiders had come to the school during Ganesh Puja we had restricted them from entering the school premises. I have myself walked with them. I had tried to persuade them to return,” alleged Rajiv Mohanta, Headmaster of Patapur Adivasi Residential Girl’s High School.