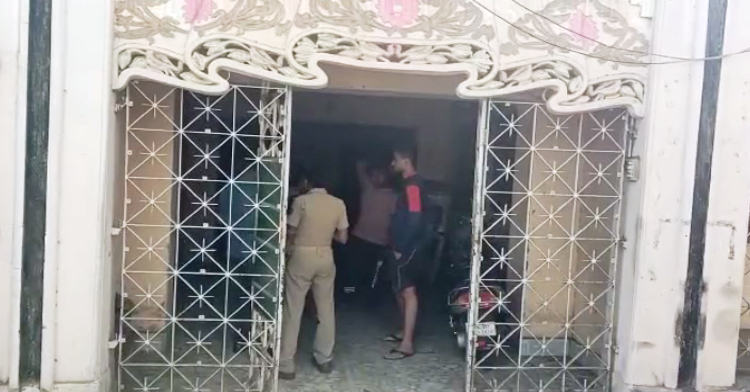 Cuttack: A college girl had a miraculous escape after some miscreants allegedly set the house she was staying on rent afire in Mansingpatna area here today.

The  victim has been admitted to SCB Medical College and Hospital here for treatment.

Sources said the girl, a Plus II Science student, was rescued in a critical condition with her hands and legs tied from the house on fire. Involvement of a group of youth was suspected behind the incident. On receiving information,  a firefighting team along with police reached the spot to douse the flames. The cops also questioned the locals about the  incident.

“Though I was out of the city when the incident took place but I heard that it was a murderous attack on the girl. But only she must be knowing who attacked her and why. Kerosene was poured on her and the house was set on fire. She also had some injury marks. She was rescued by her landlord,” said a local.

Quoting the girl, the local said she was attacked by four youth, who had also injected her with sedative before setting the house on fire.

Further investigation is underway in connection with the incident, sources said.