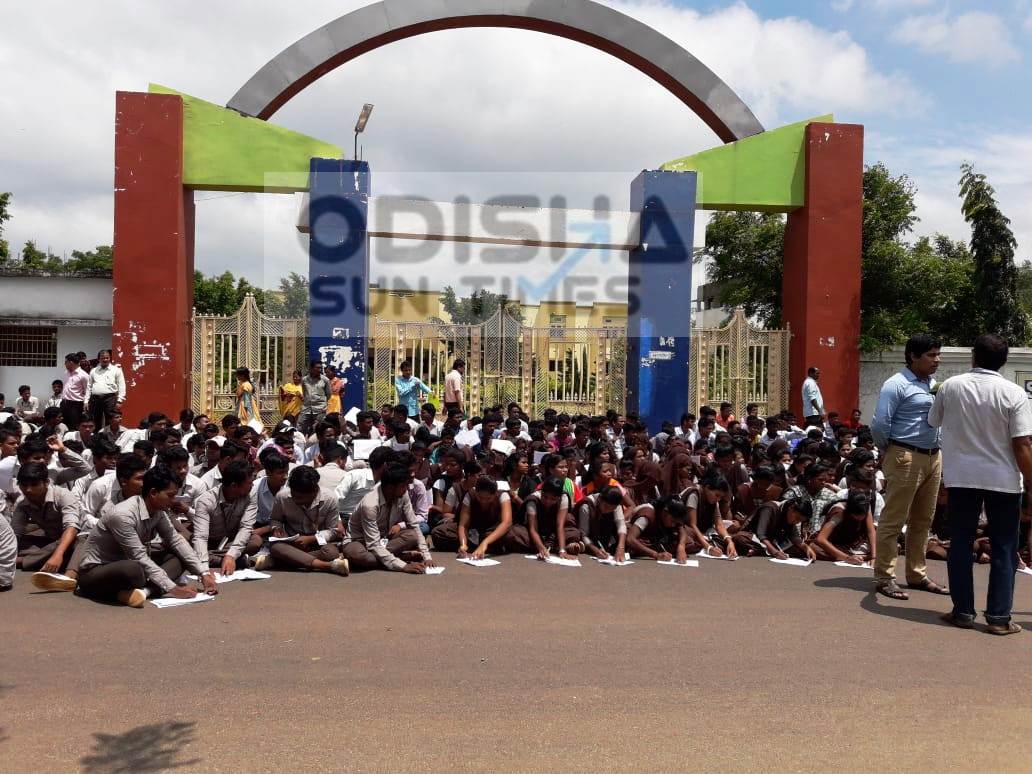 Baripada: The 12-hour bandh observed by BJP Mayurbhanj unit in Morada block in the district turned ugly as diploma students of SS Bramha’s Regional Institute of Science and Technology gave their internal exam on road after the agitators staged picketing at the  the college.

It may be mentioned here that the activists led by BJP State vice-president Rajkishore Das observed the dawn-to-dusk bandh protesting poor healthcare services and appointment of doctors and staff in hospitals across the district. Vehicular movement in the locality was disrupted due to the strike.