Sources said the incident took place at a restaurant named Om Sweets near Panposh Chhak in Rourkela at around 11 am. 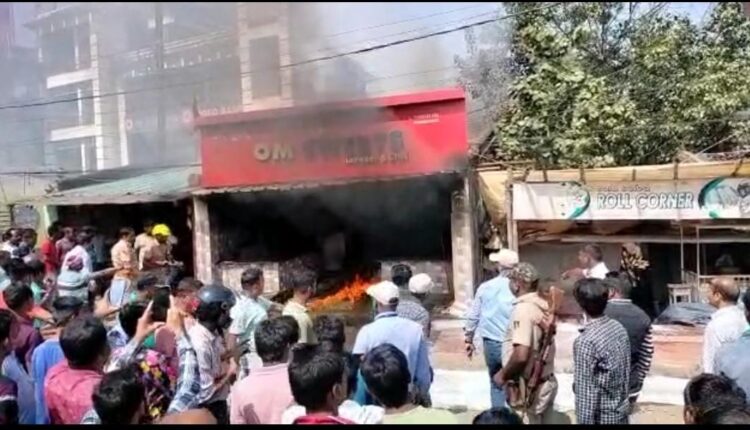 Rourkela: One person died while six others had a narrow escape after fire broke out due to suspected gas leakage at a restaurant in Rourkela in Sundargarh district of Odisha today. While the identity of the deceased has not been ascertained yet, premilinary investigation revealed that he was one of the cooks.

Sources said the incident took place at a restaurant named Om Sweets near Panposh Chhak in Rourkela at around 11 am. At the time of the mishap, seven hotel staff and some customers were present. As per reports, all of a sudden, some customers noticed fire coming out of the kitchen after there was reportedly a cylinder leak.  While all of them ran for safety, one of the cooks was trapped inside. By the time fire services arrived at the spot, the shop was entirely gutted.  The cook was rescued but he had succumbed by then.

Police, who reached along with three teams of fire personnel, said an investigation has been initiated and a case registered. Reason behind the fire breakout will be ascertained soon, they said. Probe is underway.