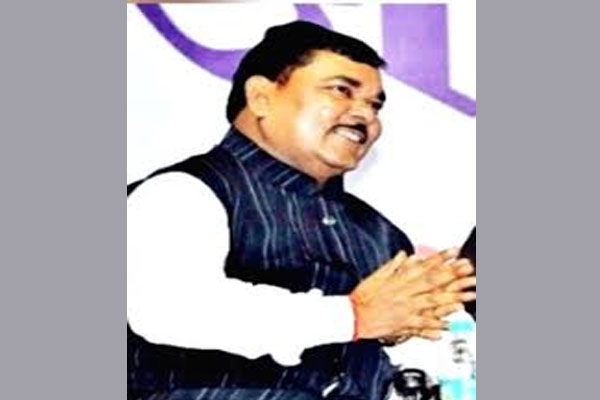 Uttar Pradesh:  A case for sedition has been lodged against Congress leader Shyoraj Jivan, a Dalit, who was caught on camera trying to incite local people in Bulgarhi village where a 19-year-old was fatally assaulted by four men last month.

The Congress leader was seen in the purported videos, admitting that Congress used the Hathras incident for furthering its politics as it had been devoid of issues for a long time.

He is using provocative language to provoke Hathras rape and murder victim’s family and the entire Valmiki community with an alleged intent to inflame caste violence in the district.

Jivan is a former minister of state in the Union cabinet and national secretary of All India Congress Committee.

The Hathras Police has booked Shyoraj Jivan under sedition charges and has asked him to present himself for interrogation.

The case was lodged on Wednesday night.

The Dalit Congress leader, however, has denied all the allegations. He claimed that he had met the victim’s family on September 19 when she was admitted in the J.L.N. Medical college in Aligarh.

He, however, was seen in the video as saying that the preparations were complete to stoke massive caste-based riots in Hathras. He also reportedly admitted that their groundwork was so strong that nobody would have been able to stop the ensuing violence.

Jivan, in the video clips, has also named big-shot politicians who would be part of the Congress party’s initiative to create unrest over the Hathras rape and murder case.

“Rahul Gandhi will come to the scene only after bullets start flying around,” Jivan is shown admitting on camera, apparently betraying the Congress party’s plans to stir up riots in the name of demonstrations against the Hathras incident.

“Two people should die from each side. A leader should die or some common man should die. There will be a fierce clash, nobody can stop it. It will be a bloody fight. Nobody can stop riots, the way the situation is panning out. Because Valmiki samaj is a fighting community. Many will be slaughtered, many will be killed. We are in large numbers in the city,” the Congress leader was seen saying.

Chief Minister Yogi Adityanath has already said that the opposition was “doing caste, religion, and region driven politics to create conflict and unrest in the state.”

Referring to the Jivan’s videos without taking his name, the Chief Minister said that such elements who had been trying to foment hatred by vitiating the atmosphere through their provocative statements would not be spared.

“We will expose all of them and take the strictest action under the law of the land against them. We cannot let them play with the law. People, who have been dividing the society on the basis of caste, religion, and region, are still doing it,” he said.