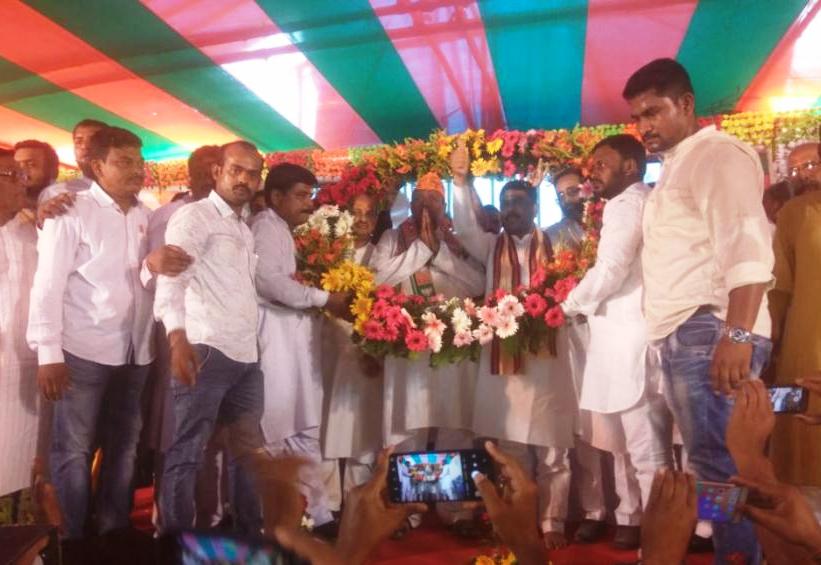 Basudevpur: In yet another blow to Congress ahead of assembly polls, its senior leader Madhabananda Mallick joined the BJP during a programme here today.

Mallick along with his supporters from Congress in Basudevpur joined the saffron party in presence of Union Petroleum Minister Dharmendra Pradhan at ‘Mishrana Parva’ of the party.

Mallick was considered to be a strong candidate from Congress during previous elections against BJD in Basudevpur assembly constituency.

In 2009, he had contested the assembly polls against BJD’s Bijayshree Routray, who defeated him by a margin of 6,840 votes.

Odisha: Tehsil office clerk among two held for extorting by posing as Maoists