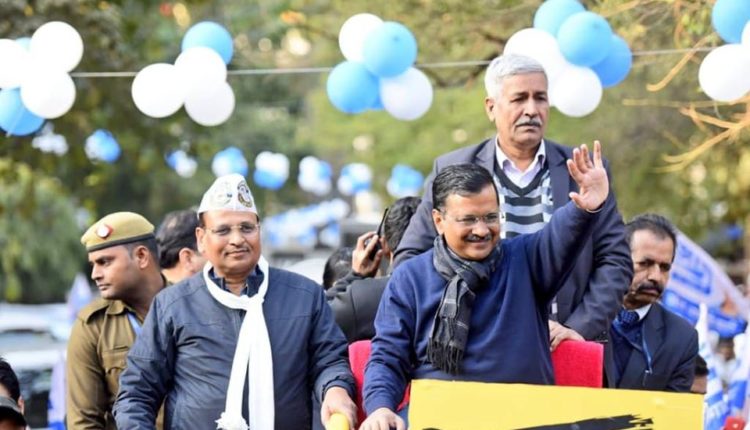 New Delhi: The Delhi election trends showed a drastic fall in the vote share of the Congress where the party has gone down from the 2015 polls.

The party insider admitted that if the Congress had put in tough fight, the BJP would have got more seats than they are getting now.

The Congress has led a lacklustre campaign in comparison with the BJP and the AAP. The vote difference between them is just about 10 per cent.

“The Congress has given walkover and if we would have made tacit arrangement with the AAP during elections, the party position may have been better in Delhi,” said a party leader.

“The Congress was hoping to do good in minority dominated seats but the Muslims chose to vote for the AAP due to fear of BJP winning.” said Parvez Ahmed, congress leader in Okhla.

In Okhla, which is the epicentre of the anti-CAA protest, the AAP candidate in the area is way ahead. In Chandni Chowk, Seelampur, Matia Mahal and Ballimaran, the AAP is leading, while the BJP is winning on seats where the minority votes have split between the AAP and the Congress.

But the Congress is happy that the BJP has been stopped in Delhi where the party is out of power from 2013.

The Congress which ruled the state from 1998 to 2013 has been decimated in this year’s elections.