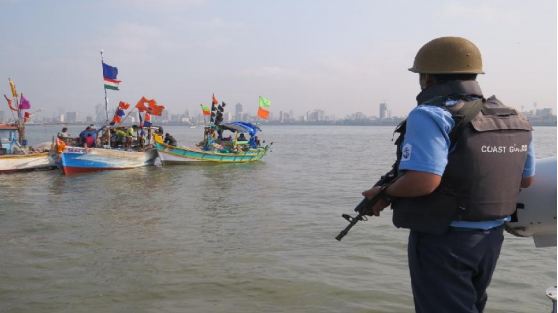 Kolkata: The Indian Coast Guard (ICG) is prepared for maritime search and rescue operations as the Met Department on Friday warned that a cyclonic storm is likely to form over the Bay of Bengal, officials said.

The well-marked low pressure area over southeast Bay of Bengal is likely to intensify into a cyclonic storm over central parts of south Bay of Bengal by May 16, Regional Met Director G K Das said.

The Met Department issued a red warning for fishermen and advised them not to venture into north Bay of Bengal along and off Odisha-West Bengal coasts from May 18 and asked those out in the sea to return by May 17.

“All out efforts have been made in the maritime states of West Bengal and Odisha in coordination with the state administration and Fisheries Department,” the Coast Guard said in a statement.

The Coast Guard ships and aircraft on patrol are directing fishing boats operating at sea to return to the respective harbours for safety, it said.

The weatherman warned that under the influence of the system, adverse weather is likely over Bay of Bengal and adjoining Andaman Sea and along and off Andhra Pradesh, Odisha and West Bengal coasts during the next five to six days.

The Met Department said that North and South 24 Parganas, Kolkata, Howrah, Hooghly, East and West Midnapore districts of Gangetic West Bengal are likely to experience light to moderate rainfall with a heavy downpour at a few places on May 19 and heavy to very heavy rain on May 20.

Here’re details of the 65 new COVID19 cases in Odisha