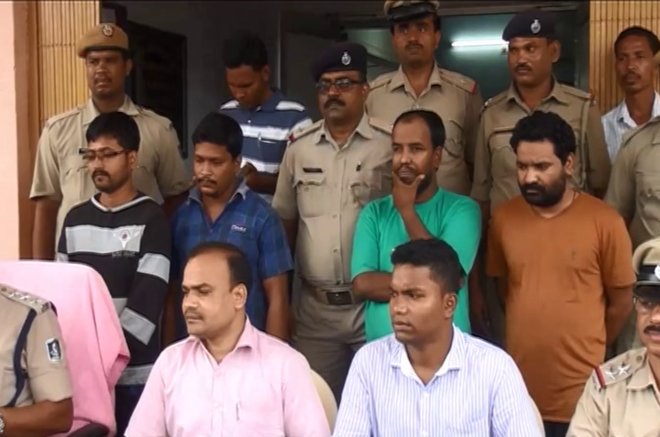 Acting on a tip off, police conducted a raid at Check Sahi here and unearthed fake currencies of Rs 1000, Rs 500 and Rs 100 denominations with face value of Rs 1.18 lakh. Four persons have been arrested in this connection.

Two killed, four critical in knife attacks by youth in…

The accused have been identified as Nutan Panigrahi, Deepankar Haldar, Jiban Panda and Mitu Saha.

While these four accused have been forwarded to court, Malkangiri police is on the lookout for nine persons including two from Andhra Pradesh.

Apart from the fake notes, police have seized genuine currency of Rs 2.05 lakh, three mobile phones, a motorcycle from their possession.

Police suspect that the racket is spread to various parts of the country via Hyderabad.