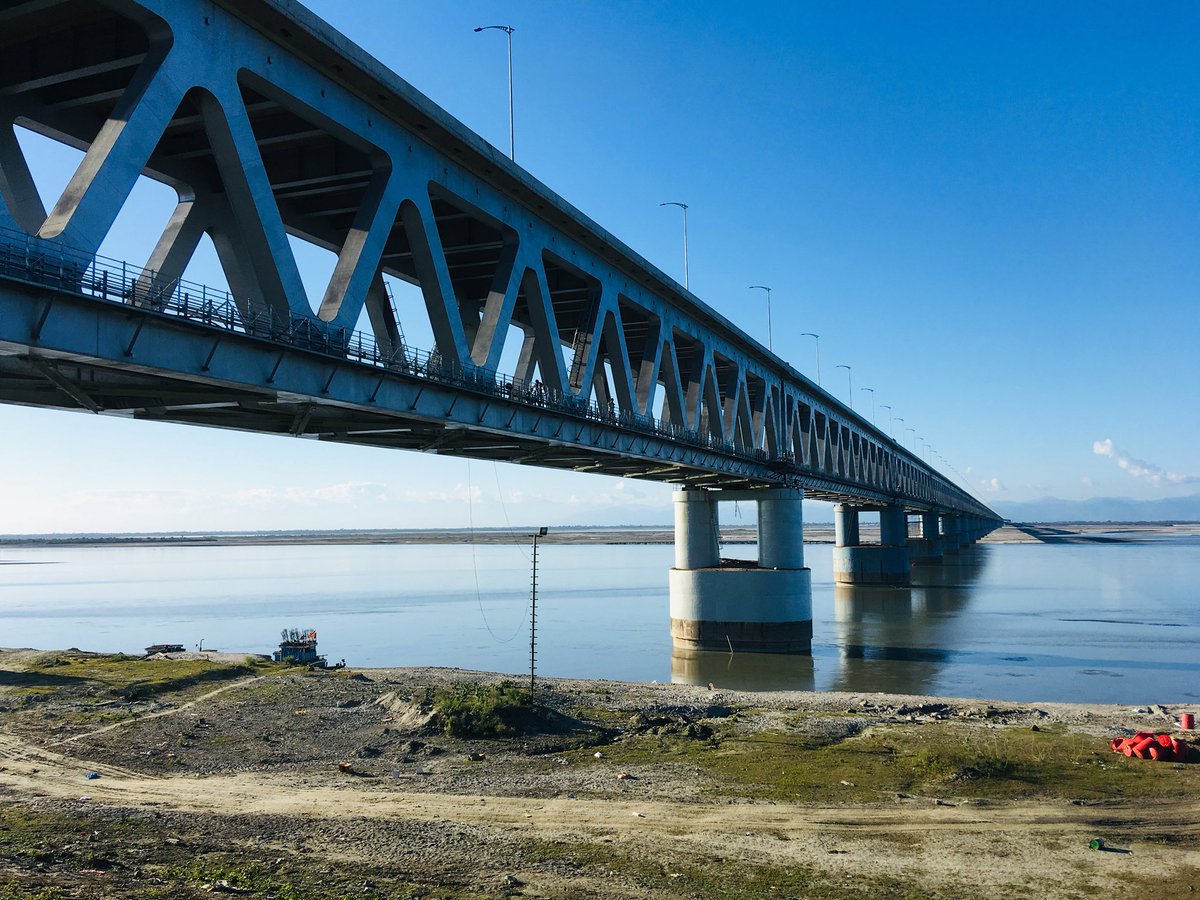 The Prime Minister arrived at the Mohanbari Airport near Dibrugarh and headed to Bogibeel in a helicopter.

Inaugurating the 4.9 km-long bridge that connects Dhemaji and Dibrugarh, Modi and his cavalcade took a ride, stopping in the middle and waving at thousands of people waiting on either sides.

Built at an estimated cost of over Rs 5,000 crore, the bridge is expected to help over five million people living in Assam and Arunachal Pradesh and significantly enhance India’s defence capability by ensuring faster movement of troops and supplies to the eastern border with China.

The foundation stone of the bridge was laid by the then Prime Minister of H.D. Devegowda in 1997. The construction works started only in 2002 when Atal Bihari Vajpayee was the Prime Minister.

The bridge, situated 17 km downstream of Dibrugarh spans the Brahmaputra river and connects the town in the south to Dhemaji to the river’s north.

It is located just over 20 km away from the Assam-Arunachal Pradesh border and is thus expected to act as an alternative to the Kolia Bhomora Setu in Tezpur.