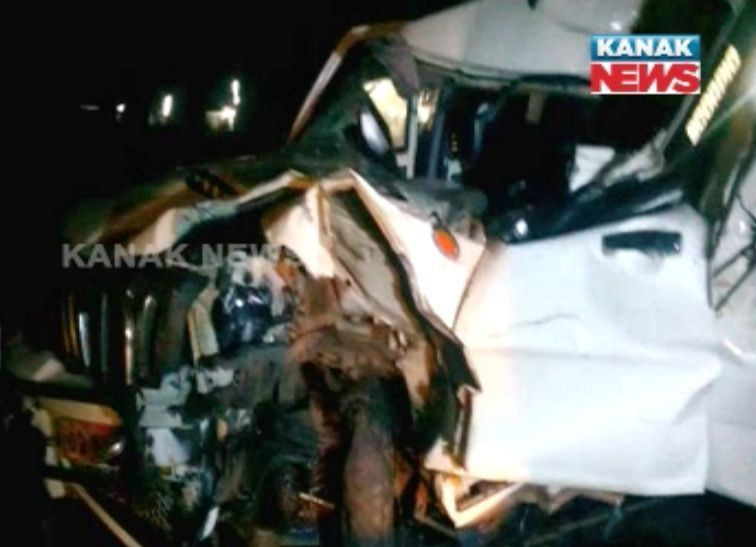 A couple was killed and five persons including a baby were injured when a trailer hit an SUV in which they were travelling near an over bridge at Jamujhadi under Simulia police station in Odisha’s Balasore district late last night.

The deceased couple was identified as Deepak Maiti and Juli Maiti, sources said.

According to reports, the accident took place when the SUV was on the way to Khantapada from Cuttack. A speeding trailer hit the car from rear killing the couple on the spot and injuring five others including an one-year-old baby.

The injured have been identified as Sabita Mandal and Deepak Mandal of Khantapada and Sambit Nayak, Kavita Nayak and the baby hailing from Sheragada.

The injured were initially admitted to Bhadrak hospital and later shifted to SCB Medical College and Hospital in Cuttack as their condition deteriorated.

On being informed, police reached the spot and started investigation. The driver of the trailer fled the spot with the vehicle after the accident.