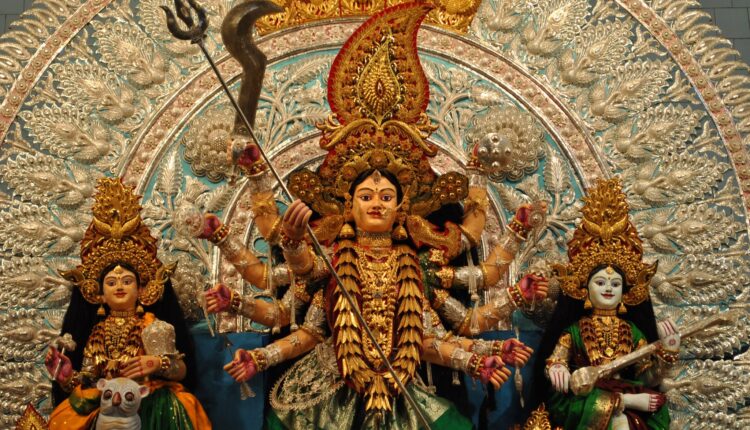 New Delhi: The year 2020 has been like no other. While the world still reels under the effects of the COVID-19 pandemic, festivities are impacted as well. As the country gears up for the festive season, the celebration of ‘navratri’, Durga Puja, and Dussehra have seen a slowdown, with a preference towards virtual festivities.

A survey conducted on the Public app, with over 63,000 respondents, reveals that 32 percent of Indians are not willing to attend a physical Durga Puja or Dussehra celebration this year. This number jumped to nearly 40 percent in states like Tamil Nadu, West Bengal, Haryana and Maharashtra. At the same time, when asked if they think virtual celebrations are just as good, 55 percent users responded with a ‘yes’, reflecting the country’s reclusive mood for this year’s in-person festivities.

Joy Chakraborty, on behalf of Bengal Club, Shivaji Park in Mumbai, told IANSlife, “The COVID-19 pandemic is still a big issue in most states and Maharashtra especially Mumbai is still dealing with the health crisis that this pandemic has caused to all. Due to the pandemic, the Durga Puja Pandal of Bengal Club is not being set up like every year in a grand manner. Yet, to keep up with the tradition, a Durga Puja Pandal has been designed and created by Bollywood Set Designer Nitin Desai inside the Club’s auditorium. People can do Darshan and Puja of Maa Durga only through Facebook and YouTube Channel of Bengal Club- Shivaji Park. No visitors are allowed in the pandal this year. Serving humanity is a form of doing Durga Puja itself, hence with this belief our management had organised a Blood Donation Drive on October 18. The club also gave a cheque of Rs 5 lakh to the CM Relief Fund for helping in the treatment of COVID-positive patients.

“I believe that this year, serving and saving human beings from COVID -19 is the key message that all celebrations should focus on and also keep the scale of celebrations to bare minimum to signify the festival.”

According to Siddhartha Chaturvedi, General Secretary, Event and Entertainment Management Association (EEMA), the apex body for events in India, due to covid, the scale of these events would not be like as they used to happen in the past.

“This year Delhi along with various other State Governments have allowed Durga Puja and Dussehra events to be conducted with certain restrictions for the wellbeing of the people. For closed spaces only 50 per cent capacity of people will be allowed whereas not more than 200 people would be permitted to enter the pandal. For outdoor events like Ramleela, the number allocated are based on social distancing norms and other necessary guidelines.”

Eminent classical singer and composer Runki Goswami, who is organising Durga Puja in Gurugram, concurs that 2020 has been a different year overall. “It has been about embracing the new normal and making it a part of our lives. Durga Puja celebrations too feel different. The emotional bond with the Goddess remains unchanged however the physical festivities are very low key. Getting Covid-free is of paramount importance and I’m pretty sure the Goddess understands that. Let’s just pray that she helps us stand victorious against the evil virus that’s ripping through humanity. That’s the ultimate blessing the world is asking for,” she told IANSlife.

As per a member of the puja committee of Green Avenue Housing Society in North Bongaigaon, Assam, this year’s celebration is ghastly different from what is generally done. “Firstly even getting a permit was very difficult, even though it’s a small town but only a handful of pujas were granted permission, which basically grants only a “performative” (or symbolic) ceremony, and not a major celebration. We would generally have cultural programs, dance and music nights, but this year none of that has been permitted. Even loudspeakers haven’t been permitted. There’s a strict protocol in aspect of control. But the saddest thing is spirit is the fact that the idol of the Goddess in itself is a small one, of 5 feet, which otherwise stands at 11/12 feet (which is decent enough for a small colony pujo). Plus, since it’s a colony pujo, only the residents are being permitted to attend this year.”

Traveling remains a major part of the festive season, with people often going back home to partake in celebrations with family and community. According to the industry sources, the COVID-19 impact is also being seen on travel, indicating how different this year’s celebrations are.

“We have our guests who year after year book private jets with us to attend Pushpanjali quickly mainly in Kolkata and get back to their homes in hours, such flights have been popular with us every year and aid people who are on a tight schedule. This year we have bookings of only seven such flights to Kolkata as compared to the 32 flights last year at the time of Durga Puja,” Kanika Tekriwal, CEO and Founder, JetSetGo Aviation, a Delhi-based private jet operator, told IANSlife.

According to Vipul Prakash, Chief Operating Officer, MakeMyTrip, however, as the festive season has begun people who could not travel back home in the earlier phases of the Unlock, are now looking forward to visiting their home towns to celebrate festivities with their loved ones. “We are already noticing an increase in searches for flights between metro to non-metro and metro-to-metro routes. Some of these routes include Bengaluru-Kolkata, Mumbai-Varanasi, and Bangalore-Patna among others. However, as caseloads continue to rise in the country, a majority of travellers are preferring to book closer to the date of travel depending on various factors such as quarantine guidelines, number of active cases in a particular state etc.”

Supplements without checking Vitamin D, B12 levels can be unsafe