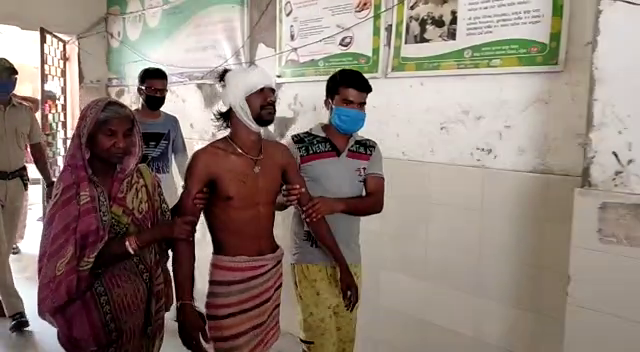 However, the youth was later arrested and produced before court.

Sources said an enforcement team headed by Additional Tehsildar Prashant Maharana went to Chandbali NAC for patrolling this morning. Finding a few youths roaming on the road at Baligaon Chhak, the cops reprimanded them and asked them to get back to their houses. When they did not pay attention, the cops got off the PCR van to take further action.

When three youths ran away, another youth named Ramesh Das started hitting the cops with a wooden plank. Two police personnel, including a constable were injured in the attack.  Later, the cops retaliated and caught hold of the youth, who was also injured in the incident. The cops later admitted him to a hospital for treatment.

The Additional Tehsildar lodged a police complaint, following which he was arrested and produced before court, said SDPO  Uma Shankar Maharana.