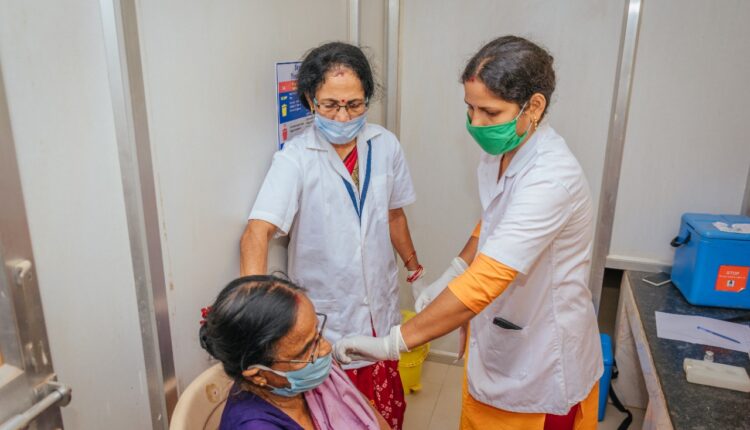 New Delhi: With commencement of the next phase of COVID-19 vaccination in the country from March 1, the Union Health Ministry has discontinued the dissemination of publishing Adverse Events Following Immunisation (AEFI) reported among beneficiaries.

Explaining the reason for this action, the ministry said on Thursday that it found the AEFI data “so insignificant” that it did not continue releasing it in the public domain.

It said the percentage of AEFI recorded so far is 0.020 per cent while the incidence of hospitalisation are 0.00025 per cent.

“The data is so minuscule and absolutely insignificant that we thought not to share it daily. But since you have asked, we are telling you now,” Union Health Secretary Rajesh Bhushan said at a press briefing.

“This is almost surrogate to zero,” he added.

The ministry shared the percentage but not the number of AEFI and associated hospitalisations.

However, the ministry assured that it will come up with the AEFI data of age prioritised beneficiaries. “We are looking at the big picture now. However, we have the fragmented data of those between 45 to 59 and above 60 years of age.”

Earlier, the Central government used to share the reporting of AEFIs, hospitalization and deaths in its daily bulletin of vaccination. The data used to include number of AEFI reported so far and during last 24 hours. It also shared the details of deaths of those who took the vaccines, besides the details and investigation status of the deaths.

Till the last data which was given by the ministry publicly, 46 deaths were recorded and 51 persons were hospitalised, as per the release shared on February 26. However, the ministry had clarified that no case of serious/severe AEFI/Death was attributed to vaccination till then.

So far, 2,60,73,517 doses of corona vaccine have been administered in the country since the drive began on January 16 after approval for ‘Covishield’ and ‘Covaxin’.

The current phase of vaccination against COVID-19 pandemic began on March 1 covering 27 crore of people above 60 and those above 45 years of age with comorbidities at 10,000 government and over 20,000 private vaccination centres. While people are vaccinated free of cost at government hospitals, those taking the shots at private hospitals are charged Rs 250 per dose.