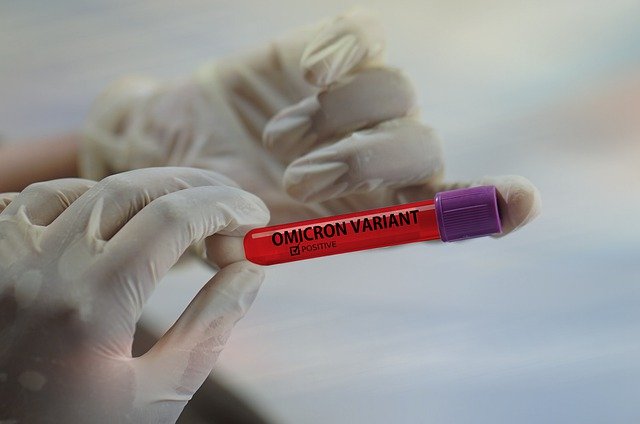 Bhubaneswar: With upsurge in COVID-19 cases in Odisha, the State today reported first death due to Omicron variant of the deadly virus.

The deceased was a 45-year-old woman from Agalpur area of Balangir district. She was undergoing treatment at the VIMSAR, Burla, in Sambalpur, the infectee died on December 27, informed Balangir CDMO Dr. Snehalata Sahoo today.

BA.5 accounts for nearly 80% new Covid infections in US

The woman was hospitalised in Balangir and later was shifted to Burla after her condition deteriorated. On December 23, 2021, she had tested positive for COVID-19 and passed away on December 27, 2021. Following genome sequencing of the deceased’s sample, her report came out positive for Omicron strain on January 5, 2022. Persons who had come in contact with the infectee have undergone RT-PCR test, Dr. Sahoo said.

Source said that Indira Nayak, a resident of Dunguripali village under Agalpur Block, had suddenly collapsed on village road on December 20, 2021. She was admitted to the Bhima Bhoi Medical College & Hospital in Balangir where the doctors confirmed that she suffered a massive heart attack. After her condition worsened, she was referred to the VIMSAR, Burla. She was tested COVID-19 positive while undergoing treatment at the hospital following which her swab sample was sent for genome sequencing. However, she was declared dead on December 27 last year before being confirmed as Omicron positive.

The body of woman patient, who was infected with COVID positive, was handed over to her family members for cremation. Many of her relatives and villagers had attended the final rituals in village. Ten days after cremation, the deceased woman’s genome sequencing report came positive for Omicron on January 5.

The incident has raised many eyebrows questioning Government’s efficiency in tackling the COVID situation in the State as the first death case due to Omicron variant was reported 10 days after passing away of the infectee.

While the foreign returnees were in the list of surveillance to detect Omicron cases in the State, the first Omicron death case was a villager having no travel history to any country.

Worth mentioning, Odisha had confirmed first two Omicron cases on December 21. Both the infectees had foreign travel history to Nigeria and Qatar respectively.

Omicron has spread to every district of Odisha; 4 districts in focus: Top official

Deadly Delta variant still active in Odisha; threat not over…