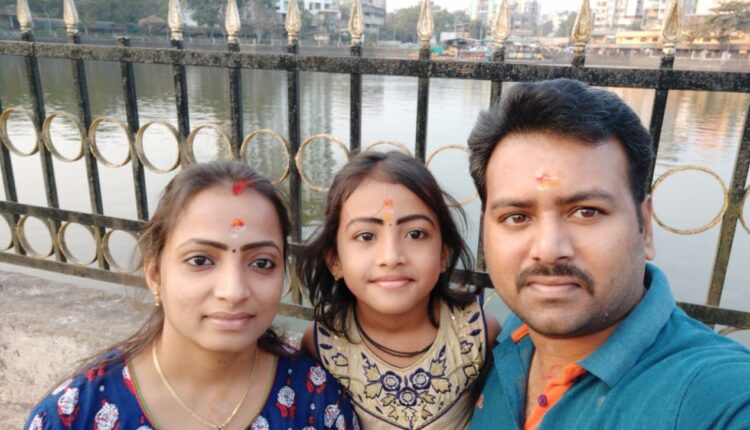 Bhubaneswar: With another young techie battling COVID-19 for over a month now, his wife has urged people for crowdfunding to foot the hospital bills.

Ramesh Sahu, a resident of Bhanjanagar area in Ganjam district of Odisha, is currently admitted to a private hospital in Kolkata for lung ailment caused due to COVID-19.

Smitha Vimalan Nair, the patient’s wife, with support of her sister-in-law (husband’s sister) arranged money to airlift her ailing husband from Bhubaneswar to Kolkata as the patient needed ECMO support. She had spent almost Rs 40 lakh during the period before being shifted. As the ECMO treatment is too expensive, with a hope, she appealed to people for kind donation through a fundraiser to save her husband.

“He (Ramesh Sahu) is the sole earner in my family. He is suffering from lung ailment due to COVID infection. He is currently admitted to the AMRI Hospital, Kolkata and requires ECMO treatment for 21 days. The expensive treatment costs more than Rs 1 lakh per day. Please save my husband,” the grieving Smitha appealed to people through media.

The 36-year-old Ramesh is working in Maharashtra. The couple is blessed with a daughter, aged about 8 years. Recently, he had visited his native place to spend holiday with family. However, he contracted the infection while nursing his father, who was infected with COVID-19. His father passed away due to the disease on May 11. However, his condition deteriorated a few days later after his father’s demise.

Initially, Ramesh was being treated at a hospital in Bhanjanagar. Later, he was shifted to the SUM Hospital and again to the CARE Hospital in Bhubaneswar for COVID-19 treatment. As his condition did not improve, he was airlifted to Kolkata for ECMO treatment, one of his relatives said urging people to support the family at this period of adversity.

Anyone who wants to support the family can donate to the following account:

Recently, a similar kind of incident had come to light when a 24-year-old software engineer Amrit Pradhan was airlifted to Chennai from Bhubaneswar for ECMO treatment. The State Government facilitated a special green corridor for the COVID patient for hassle-free transportation from the AIIMS-Bhubaneswar to the Biju Patnaik International Airport (BPIA) here to shift him to Chennai-based Apollo Hospital last week.

Amrit Pradhan, a native of Basudev Nagar in Berhampur city, had tested positive for COVID-19 on May 2. He had been on ventilator at the AIIMS-Bhubaneswar since May 12 after he developed complications in lungs. The doctors advised his family for ECMO treatment and lung transplant. As his parents had COVID and the family had spent huge amount on treatment, with no option left, her sisters decided to appeal people through social media seeking financial assistance for him. They got suggestions to go for crowdfunding though a fundraiser ‘Milaap’ to collect money for their brother’s treatment.

Covid vaccine: New slots to be available for booking today