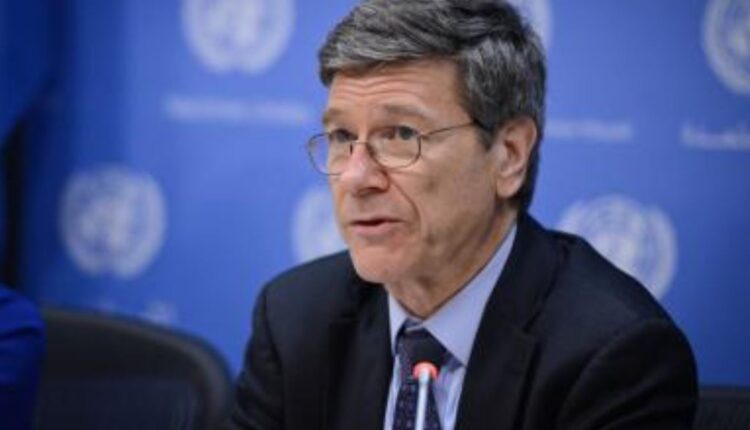 London: Covid-19 virus leaked out of a laboratory in the US, rather than the infamous Wuhan lab in China, claimed US economist Jeffrey Sachs.

According to Sachs, who led a two-year probe into the pandemic’s origins, he was “pretty convinced” the virus was the result of ‘US lab biotechnology’, Daily Mail reported.

“I chaired a commission for the Lancet for two years on Covid. I’m pretty convinced it came out of US lab biotechnology — not out of nature — just to mention after two years of intensive work on this,” Sachs said during a global conference organised by Spanish globalisation think-tank Gate Centre.

“So it’s a blunder in my view — of biotech — not an accident or natural spillover.”

Even after two years of the pandemic, the origins of Covid-19 remain unclear. It has been a political and scientific debate with scientists and politicians globally contending that the coronavirus jumped into people from bats, or have been leaked from a laboratory.

While admitting “we don’t know for sure”, Sachs, who was twice named one of Time magazine’s 100 most influential people in the world said: “There’s enough evidence that it should be looked into and it’s not being investigated — not in the US, not anywhere.”

“I think for real reasons, they (US officials) don’t want to look under the rug too much,” he added.

It is also unclear if Sachs believes Covid originated in the US or was borne out of a collaboration between American and Chinese scientists in Wuhan, the report said.

“Given the heavy human and economic toll taken by the virus, don’t we owe it to the millions of lives lost to have a thorough investigation into US labs?” Hua Chunying, China’s Assistant Minister of Foreign Affairs, said in a tweet.

Meanwhile, critics have previously described Sachs as a President Xi “propagandist”, dismissing China’s genocide of Uighurs and publicly calling for US cooperation, the report said.

He is also the Chairman of the Lancet Covid-19 Commission, set up at the start of the pandemic to assist governments and scrutinise responses, which was shut down in September 2021 when it emerged the team had financial links to the Wuhan Institute of Virology.

The celebrity economist had previously claimed that the pandemic was the result of experiments done between Chinese and American scientists, the report said.