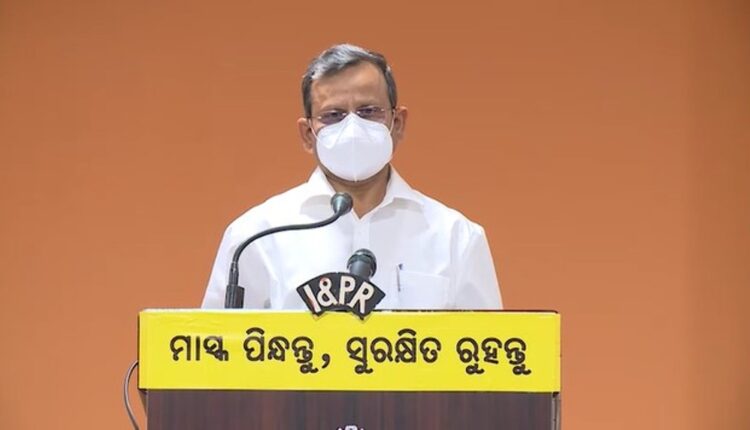 Bhubaneswar: Amid the surge in coronavirus cases, the Odisha government today tightened Covid restrictions and announced to impose night curfew in urban areas across the State starting April 17.

In 10 bordering districts, namely Sundargarh, Jharsuguda, Sambalpur, Bargarh, Balangir, Nuapada, Kalahandi, Nabarangpur, Koraput and Malkangiri, the State government changed timings of night curfew in urban areas and as per the decision the night curfew will be from 6 PM to 5AM from April 17. However, the night curfew timings for rural areas in these 10 districts will remain unchanged from 10 PM to 5 AM, informed Chief Secretary SC Mahapatra here in a presser.

Also, night curfew will come into force in urban areas of 20 more districts including Bhubaneswar and Cuttack from 9 PM to 5 AM from tomorrow.

In another major decision, the government decided to impose weekend shutdown in urban areas of the 10 bordering districts from coming April 17.

“We hope these measures will be help check the spread of the virus,” the Chief Secretary added

• During the night curfew essential services such as electricity, health, LPG services, and food delivery personnel will be exempted from restrictions. No separate permit will be issued. The ID cards provided by their organizations will be enough for these personnel to make movement during the restrictions

• There will be no restrictions on movement of goods laden vehicles during the night curfew.

• The State government postponed the board exams scheduled to be held in May this year. Decision on these exams will be taken later.

• Classes of higher educational intuitions and schools will be suspended from April 19.

The government allowed maximum 50 attendees during marriage and 20 persons in funeral. Covid protocol must be followed these functions, he added.

There is a complete ban on political procession and religious congregations.

The Chief Secretary stated only rituals at the religious places will be allowed. Collectors have been directed to decide to ensure covid protocols as per the situation.

Vegetable and fish market places will be segregated and the mask wearing will be enforced. If any violation happens, strict action will be taken against the violators.

Restaurants and bars will run their business with 50% capacity of customers. Street vendors must ensure Covid protocol will be ensured, the Chief Secretary added.

In another significant move, the government decided to suspend inter-state movements of buses from April 19. However, buses services in the State will be allowed provided with no standing of passengers.

Auto-rickshaw and taxis will be allowed to ply with only maximum two passengers other than the driver.

The Chief Secretary added government offices will run with 50% capacity whereas private offices, banks and financial institutions will function with reduced manpower. Covid protocol must be followed and mask wearing is a must, he stated.

The Chief Secretary further stated the government will take steps to increase bed capacity and ICU beds in view of the Covid situation.

Covid surge: Jagannath Temple to remain out of bounds for devotees!