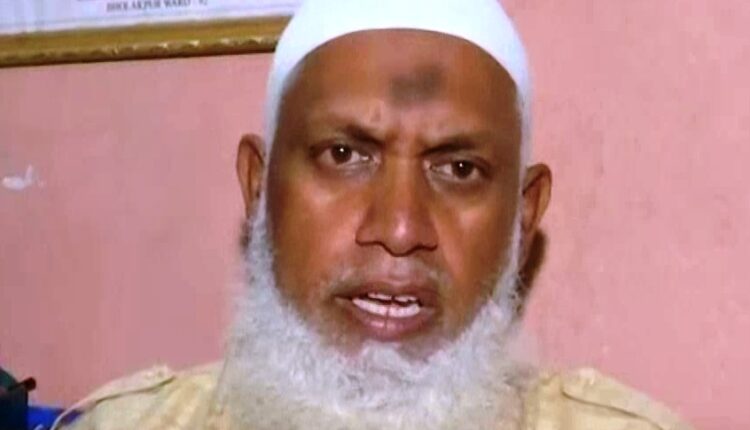 Hyderabad: While the coronavirus pandemic has caused immense suffering and pain across the world, it has come as a “blessing” for a Hyderabad resident who finally passed his Class 10 examination after failing in repeated attempts during the last 33 years.

Mohammed Nooruddin, 51, is elated at clearing Class 10 as the Telangana government has promoted all the students without conducting the exams due to the pandemic.

It was in 1987 that Nooruddin, a student of the Anjuman Boys High School in Musheerabad area, had first appeared in Secondary School Certificate (SSC) exam. While he cleared all the papers, English proved to be a hurdle.

“Since I studied in the Urdu medium, English was the biggest weakness. I wrote the exam every year but could not secure 35 marks (out of 100) required to pass the paper. I was narrowly missing this as I was scoring 32 or 33 marks but I decided not to give up,” Nooruddin told IANS.

This year, the going was tougher for him as he had missed the last date to pay the fee to appear in the exams as a regular candidate and had to apply in the open category. This time, he had to write all six papers again.

“I was working hard. My daughter who has done B. Com with English as a medium of instruction, was helping me,” said Nooruddin, a father of four including a mentally challenged son.

However, the exams could not be conducted due to the Covid-19 situation and the government decided to treat all the candidates as passed. He is happy that he has finally passed the SSC but feels that this should have happened long ago.

He recalled that those days, clearing the SSC was a must to secure any job in railways, police or other departments. “I was desperate to clear the exam but somehow it did not happen,” said Nooruddin, who has been working as a security guard since 1990 at the same school where he studied and currently draws a monthly salary of Rs 8,000.

He admitted after marriage in 1994, he was reluctant to write the exam. “Some people used to pass comments but I always ignored them and every year, I tried to give my best.”

Nooruddin said he wrote and passed the ‘Fazil’ exam equivalent to Intermediate (10+2) conducted by Idara-e-Adabiyat-e-Urdu or the Institute of Urdu Literature in 1994. He also completed a couple of courses at Jamia Nizamia, a leading Islamic seminary.

He also runs an Arabic madarsa in Attapur area, providing education to children from poor families.

Fire safety certificates to be issued online in Odisha