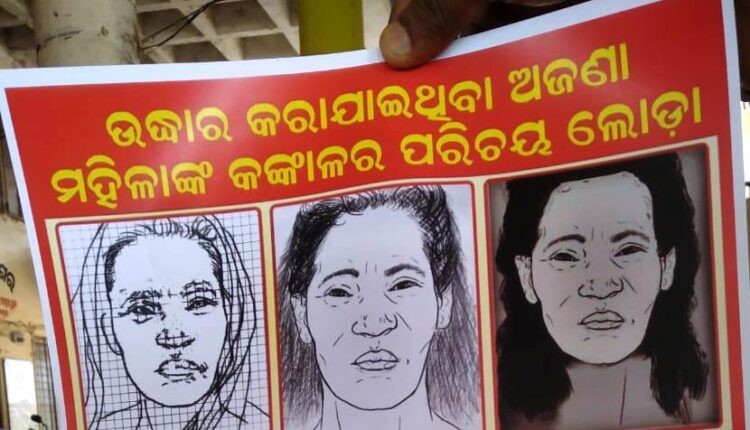 Bhubaneswar: The Commissionerate Police today released another sketch of the deceased woman, whose skeleton was found inside a seized vehicle on premises of Janla Police Outpost on outskirts of Bhubaneswar city in February this year.

Posters of the sketch will be put up at several crowded places in the state capital, including Baramunda bus stand.

Providing details of the woman’s features in the poster, CP said the woman aged around 35 to 45  years was of 164 cm height with 35-cm-long black hair.  She had worn four aluminium bangles and a green coloured full sleeve sweater. The woman had tuberculosis, the poster describes.

“Identity of person, who will help police identify the deceased, will not be disclosed,” it added.

Earlier on March 19, the CP had released a sketch of the woman drawn by experts in Bengaluru.