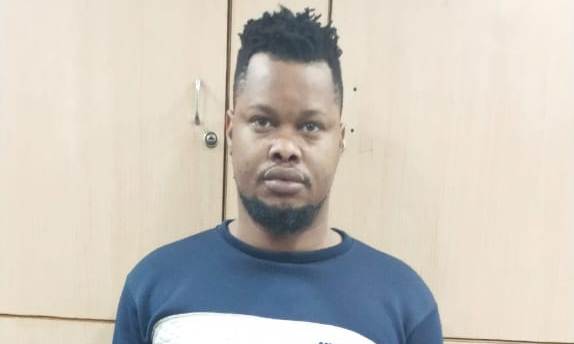 Bhubaneswar: The Crime Branch of Odisha Police has arrested a Nigerian national from New Delhi in connection with a cyber fraud case.

The accused has been identified as Patrick Chizorom Orajaka (35), son of Patrick Chidi Orajaka, AtUmuchu, Osogbo. He was holding a Nigerian passport (No. A10147257) and staying at an apartment of Rahul Sharma, RZ E-2 S/F KH No:83/13, Bengali Colony, Mahavir Enclave in New Delhi.

The Cyber Police Station had registered the case as per a complaint lodged by a woman in Cuttack.

As per the complaint, the woman was duped of Rs 28.67 lakh by an Instagram user, who contacted the victim in the social media platform by identifying himself to be a gynecologist from Netherlands.

The victim followed him back in Instagram and chatted with him in Instagram messenger. Subsequently, she shared her WhatsApp number with him and a friendship developed between the two. 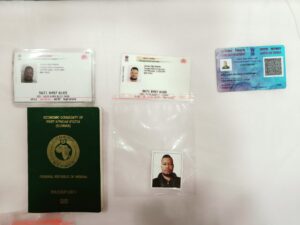 Five days later, the accused intimated the victim that he was coming to India to meet her. On the very next day, the complainant received a call and the caller introduced herself to be a Customs officer from New Delhi Airport and informed the victim that one of her relatives who came to meet her was carrying 90,000 EURO with him, which was against the rule and he has been detained.

In order to get her friend freed, the victim deposited money in several phases in different accounts. When their demand increased day-by-day, the victim understood that she had been cheated by the fraudster and reported the matter to the CID CB Cyber Crime Police Station, where an FIR was lodged on November 16 this year, police said.

The CID CB launched an investigation into the matter and came to know that most of the accounts belonged to persons from North East India and they were being operated from different places in New Delhi.

Basing upon this information, a team of CID CB led by Inspector Anila Anand proceeded to Delhi and arrested the accused. The accused has been using bank accounts of many people by promising them of cash payment.

The Crime Branch sleuths have seized several incriminating articles including 16 debit cards, 12 mobile phones, 22 bank passbooks, 10 bank cheque books, 20 SIMs and a laptop from the possession of the accused.

They have also seized a passport and Aadhaar card and PAN card issued in his name. “Our investigation is on. We are trying to find out whether more persons were involved in the crime,” said a CB official.

Number of international airports in country rise to 30: Centre