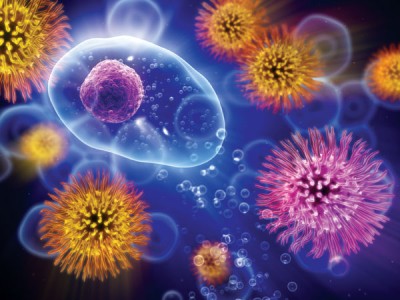 Researchers have developed a diagnostic platform based on the gene editing tool CRISPR which could one day be used to respond to viral and bacterial outbreaks, monitor antibiotic resistance, and detect cancer.

The new tool, dubbed SHERLOCK (Specific High-sensitivity Enzymatic Reporter unLOCKing), can be designed for use as a paper-based test that does not require refrigeration.

It is well suited for fast deployment and widespread use inside and outside of traditional settings — such as at a field hospital during an outbreak, or a rural clinic with limited access to advanced equipment, the researchers said.

“There is great excitement around this system,” said study co-author Deborah Hung from Broad Institute of MIT and Harvard in in Cambridge, Massachusetts, US.

“There is still much work to be done, but if SHERLOCK can be developed to its full potential it could fundamentally change the diagnosis of common and emerging infectious diseases,” Hung said.

In a study published in the journal Science, the researchers described how this RNA-targetting CRISPR enzyme, Cas13a, was harnessed as a highly sensitive detector — able to indicate the presence of as little as a single molecule of a target RNA or DNA molecule.

The scientists demonstrated the method’s versatility on a range of applications, including detecting the presence of Zika virus in patient blood or urine samples within hours, and rapidly reading human genetic information, such as risk of heart disease, from a saliva sample.

“We can now effectively and readily make sensors for any nucleic acid, which is incredibly powerful when you think of diagnostics and research applications,” said Jim Collins, Professor of Bioengineering at MIT, and faculty member at the Wyss Institute for Biologically Inspired Engineering at Harvard.

“This tool offers the sensitivity that could detect an extremely small amount of cancer DNA in a patient’s blood sample, for example, which would help researchers understand how cancer mutates over time,” Collins said. (IANS)

Strangers can choose better profile pictures for you