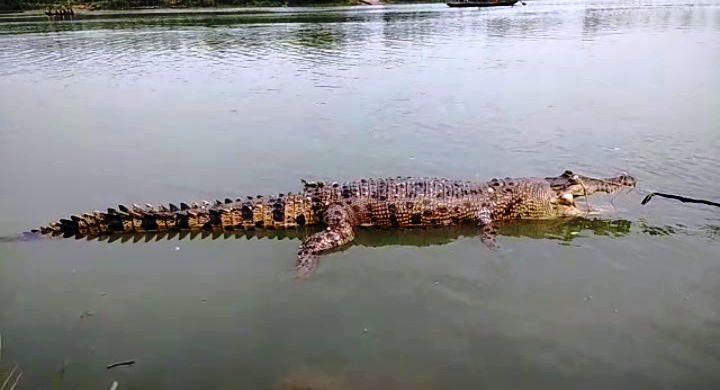 Aul: A 5-feet-long crocodile was found dead on the banks of Kharsrota river near Baltara Ghat under Aul police limits in Kendrapara district today.

Sources said some locals first spotted the carcass of the reptile and called up the Rajnagar forest officials. The forest personnel reached the spot and began an inquiry.

However, the circumstances surrounding the death of the crocodile were not ascertained till last reports came in.