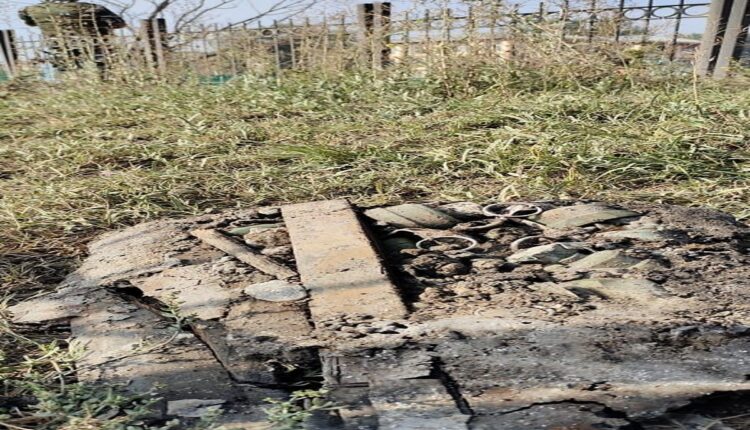 According to officials, the grenades were recovered during the road opening exercise by the 73rd Battalion of the Force and those were stacked in a sand bag, placed on the road divider of the NH 44.

Considering the huge rush on the highway, the grenades were not diffused at the site and were handed over to the bomb disposal squad of the Force and the state police for disposal adhering to safety protocols and standard operating procedure, officials further said.

This was not the first occasion that the Chinese grenade was found in the Valley, it has been recovered in the past on many occasions which indicates the clear hand of Pakistan behind the incidents of insurgency in J&K, a senior official in the security set up said.

The Pakistan army has been getting Chinese made weapons and grenades for a long time and their recovery in J&K exposes how Pakistan wants to disturb the peace and pace of the development in Jammu and Kashmir.

Intelligence inputs have flagged that China has been helping the Pakistani army and its intelligence agency, Inter Services Intelligence (ISI) to smuggle weapons to terror cadre in J&K.

China has been supplying hundreds of rifles, Chinese bullet-proof jackets and other gears like night vision devices and the ISI has tried to send arms to different areas of Punjab and Jammu and Kashmir through drones which were shot down by the security forces in J&K recently.

The security agencies have also flagged that China has been pushing arms and ammunition to the militant outfits of the north east regions who have been trained by them.

Here’s how to get BH series registration number for your…

Pakistan had to endure a ‘terrible’ relationship…