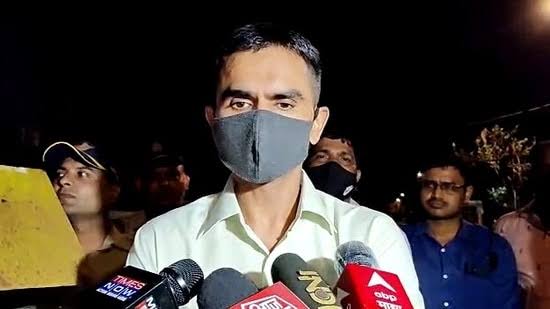 Mumbai: In a huge setback for the Narcotics Control Bureau, a Mumbai special NDPS court on Monday rejected a plea by the agency and its Zonal Director Sameer Wankhede seeking directions not to take cognisance of “panch-witness” Prabhakar Sail’s allegations pertaining to the cruise rave party.

The special judge said it cannot pass “blanket orders” to bar courts from taking cognisance of Sail’s affidavit in which he has alleged extortion bid from Bollywood megastar Shah Rukh Khan by the NCB to release his son Aryan.

Disposing off the plea, the Special Judge noted the matter is sub judice before the Bombay High Court and said that the NCB was free to move the appropriate forum for remedies.

The order came in the pleas submitted this morning to the special court seeking directions that no cognisance should be taken of Sail’s purported affidavit of October 23, except as directed by the special court or a competent court.

The NCB also sought the special court’s order that no action should be taken concerning Sail’s affidavit without the court’s permission to ensure the sanctity of the investigation is not affected or interfered with in any manner.

“Considering the relief claimed in the application, no such blanket orders can be passed. It is for the concerned court or authority to pass appropriate orders at the relevant stage. Moreover, matter is sub judice before the HC in bail applications in the same CR. Therefore no orders can be passed as prayed. Hence application is filed and disposed off, accordingly,” the special court’s order said this evening.

Wankhede, in his plea had stated that Sail’s affidavit was an attempt to undermine the ongoing probe into the case.

Sail’s affidavit-statement, which blew up a huge storm on Sunday evening made several stunning allegations raising questions on the NCB prior to the cruiser raids on October 2 evening.

Later on Sunday, Wankhede approached the Mumbai Police seeking protection from possible action that may be precipitated against him to frame him in the case, and he was being threatened with arrest and dismissal from service, etc.