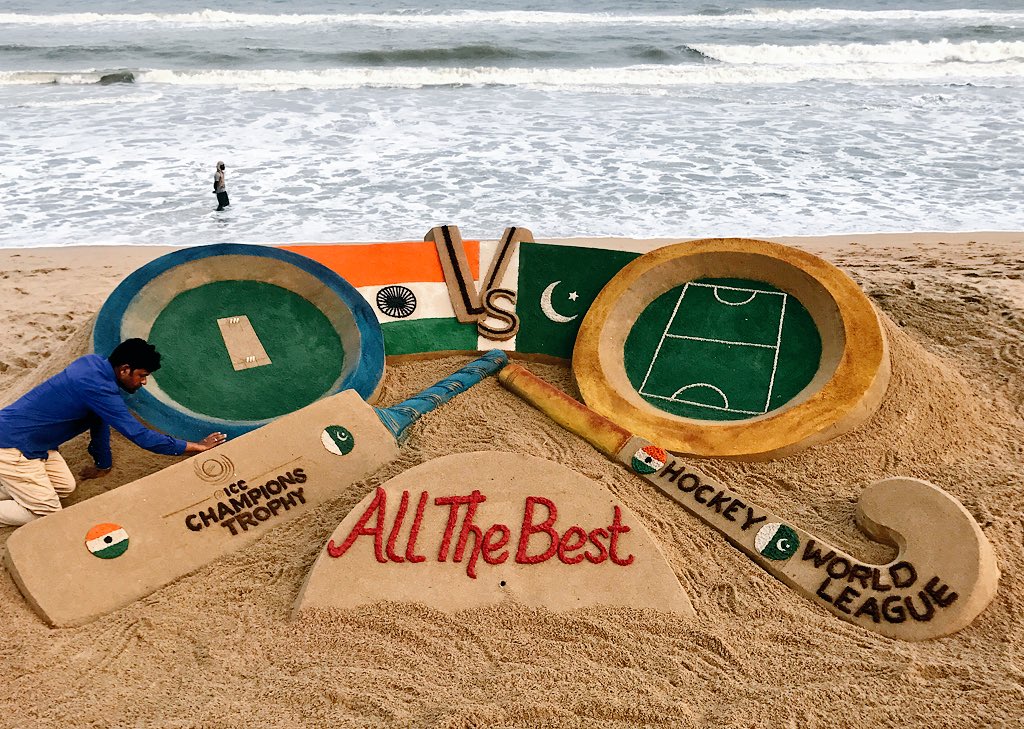 Through a beautiful sand art at sea beach in Puri, Sudarsan sent the message for the teams.

Wishes poured in for team India to knock out the key rival Pakistan in international cricket ground.