Curtains down on ‘Ahe Nilashaila’, play to be staged again soon 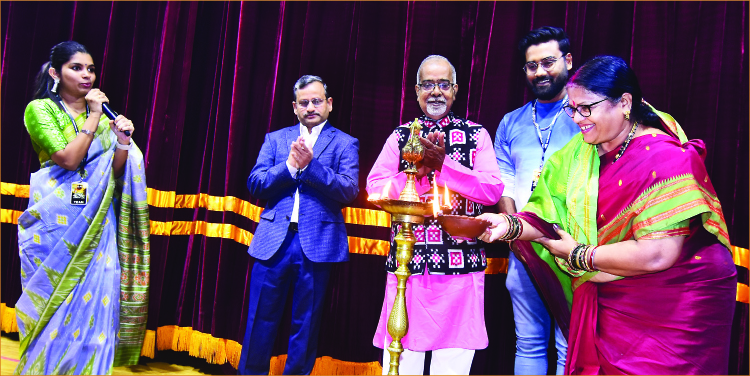 The play, which was performed at the venue from November 8 to 12 and received overwhelming response from audience, will be staged again soon, said Tanaya Patnaik, Executive Director, Sambad Group.

On the last day of the play, the organisers arranged an additional show in the forenoon apart from the regular evening show in view of the growing interest among people towards the play.

While both shows were housefull, some of the spectators watched the entire show standing on the balcony.

Odisha Chief Secretary Suresh Chandra Mahapatra attended the concluding day of the play as Chief Guest and praised Sambad Group and its Executive Director Tanaya Patnaik for efforts towards promotion of Jagannath culture. He advised that the play should be staged at more venues to popularize Jagannath culture across the country.

The play depicts how the then Gajapati king Ramchandra Deva had to undergo untold miseries for protecting Lord Jagannath from the evil eyes of Naib Nazim. Its story is partially inspired by Sahitya Akademi Award-winning Odia author Surendra Mohanty’s famous novel ‘Nila Saila’.

The script of the play has been written by eminent playwrights Shankar Prasad Tripathi and Dr. Pratima Hota. Sunosunao and Ruchi are the partners for the play while PPL and SNM Group are the associate partners.

World Diabetes Day 2022 Theme, History, Significance and all you need to know