ODISHA LATESTTOP
By Sambad English Bureau On May 5, 2020 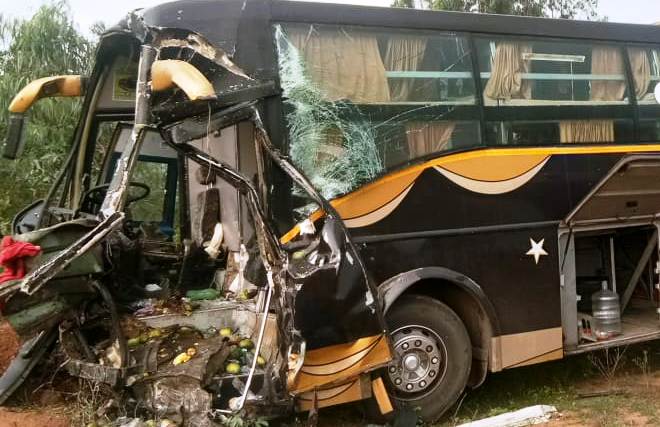 Khordha: A bus carrying around 40 migrants of Odisha from Hyderabad to Banki in Cuttack district met with an accident on NH-16 near Kuhudi in Khordha district late last night killing the driver and injuring two passengers.

As per information, the mishap took place when the ill-fated vehicle hit a mango-laden truck on the National Highway. While the bus driver died on the spot under the impact of the collision, two passengers sustained injuries.

On being informed, Fire Service personnel from Tangi rushed to the spot, rescued the victims and admitted them to hospital. Following the accident, the local administration initiated efforts to arrange a new bus for transporting the passengers to their native places.