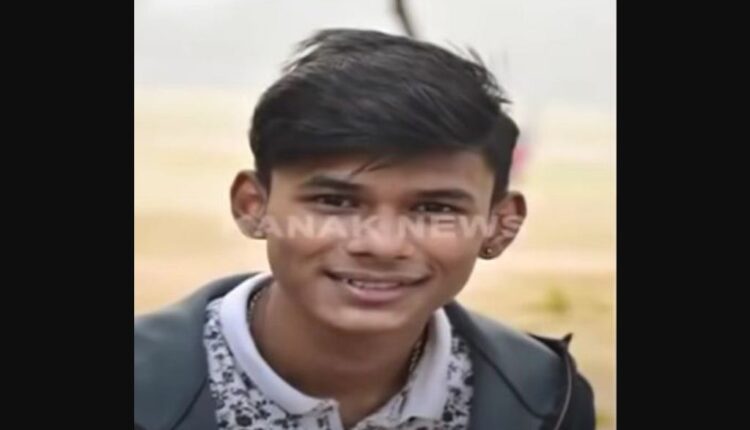 Earlier in the day, Tusharkant’s father had held the two girls responsible for his son’s death. He also demanded the arrest of the sister duo saying that the truth will come to fore if cops interrogate the two.

The Commissionerate Police had yesterday arrested two persons– Dibyaranjan Behera and Kaushal Pradhan– in this connection and forwarded them to court. Cuttack ACP (Zone 1) Amarendra Panda informed the two were held on charges of provoking the Plus-II student of Christ College to die by suicide by jumping into Mahanadi river.

The deceased went missing on August 3, following which his family members lodged a missing complaint. Later, his body was recovered from Jobra Barrage on August 5.

Panda further said that after registering an unnatural death case at Jagatpur police station, an investigation was launched into the matter. During investigation, it was found that the deceased had developed an intimacy with one of his female classmates. However, a dispute developed between them later.

The female student, her elder sister and two of their male friends had been mentally torturing Tusharkant for three months. Also, they threatened Tusharkant to implicate him in a false case, the police official said.

On August 3, the four accused again threatened Tusharkant near the Jawaharlal Nehru Indoor Stadium here and beat him up. Tusarkant, who was already disturbed, became depressed further. Panda said the activities of the four persons prompted Tusharkant to take the extreme step. Based on a report submitted by the investigating officer, a case was registered at the Jagatpur Police Station on September 15.

Earlier, Tusharkant’s kin had lodged a complaint with Cantonment police after he went missing on August 3. During investigation, cops had found his two-wheeler parked near Madhusudan Setu here.