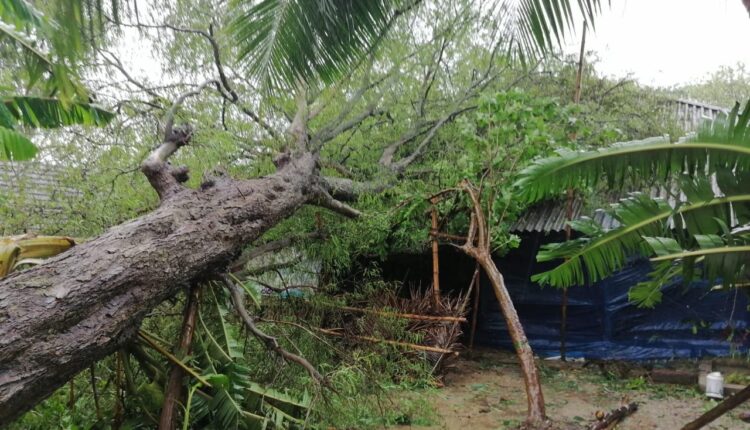 Bhubaneswar: With the extremely severe cyclonic storm Amphan inching close,  heavy to very heavy rain along with gusty wind has wreaked havoc in different parts of the state today.

Districts like Bhadrak, Kendrapara , Balasore in the state are bearing the brunt of the cyclonic storm.

Paradip recorded the highest wind speed of 106 kmph by 7.15 AM today. However, the wind speed gradually decreased.

 As per the weathermen, the cyclonic storm will make a landfall between Digha (West Bengal) and Hatiya Island (Bangladesh) closed to Sundarban by this evening.