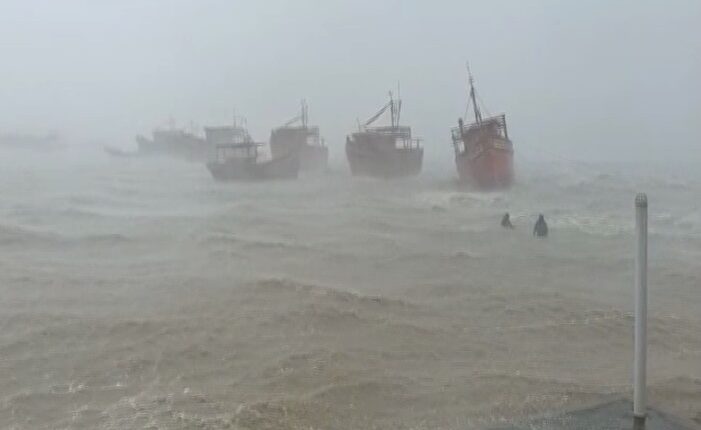 Bhubaneswar/Gajapati: As weathermen predicted heavy to very heavy rainfall for Gajapati district in Odisha due to Cyclonic Storm ‘Gulab’ over Bay of Bengal, the District Administration has started shifting people from vulnerable areas to safer places.

The India Meteorological Department has issued a red warning for Gajapati district.

The district administration informed a total of 586 people have been evacuated so far from 15 villages in different blocks of the district. They have kept at 15 cyclone shelters located near the villages.

The Cyclonic storm lay centered about 370 km east-southeast of Gopalpur in Odisha and 440 km east of Kalingapatnam in Andhra Pradesh.

The weathermen further forecasted the cyclonic storm is likely to move nearly westwards and cross north Andhra Pradesh – south Odisha coasts between Kalingapatnam and Gopalpur around evening of September 26.