Cyclone Kyant to have minimal effect on Odisha: SRC 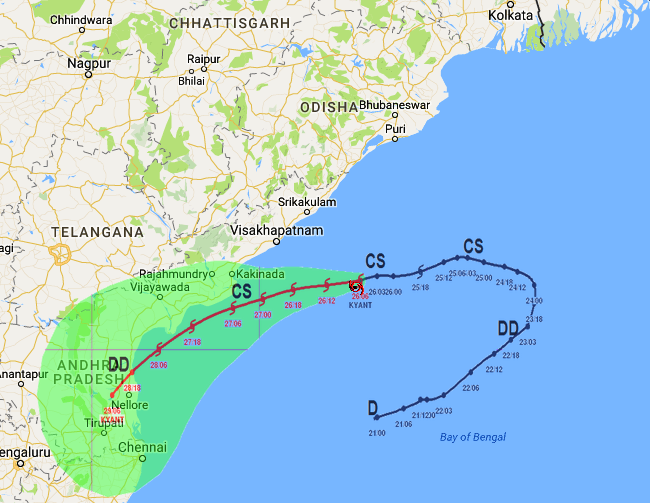 In a matter of relief for the people of Odisha, Special Relief Commissioner (SRC) Pradipta Mohapatra today said that cyclone Kyant would have minimal effect in Odisha as it is heading towards Andhra Pradesh.

“The cyclone is heading towards Andhra Pradesh and moving southwards. It is likely to make landfall tomorrow. There would be sporadic rainfall in some parts of coastal districts of Odisha tomorrow,” said Mohapatra.

Rainfall/thundershowers likely to occur at many places over coastal Odisha and at few places over interior Odisha tomorrow, it predicted.

“Surface wind from northeasterly direction with speed reaching 45 to 50 kmph with gusting 55 kmph would prevail along and off Odisha Coast. Sea condition would be rough to very rough,” the release said.

“Fishermen are advised not to venture into sea. The fishermen already in deep sea are advised to return to coast immediately,” the release added.