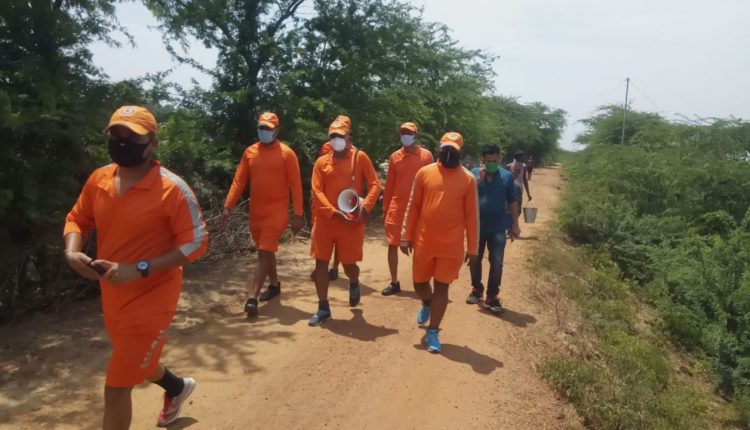 Bhubaneswar: As the cyclonic storm Yaas over Bay of Bengal (BoB) is likely to cross north Odisha-West Bengal coasts between Paradip and Sagar Islands around noon of May 26, evacuation of people residing in low-lying areas will be completed by tomorrow, informed Special Relief Commissioner (SRC) Pradeep Jena today.

Briefing mediapersons, the SRC said, “Evacuation process has already begun in the state and would be completed by tomorrow afternoon. The Government is determined to ensure Zero Casualty in the cyclone.”

The official further said while 22 NDRF teams have already been deployed in the state, the Centre has been urged to send 30 more teams to tackle the situation in vulnerable areas. The NDRF has agreed to the proposal and the teams will arrive by this evening, he added.

Earlier in the day,  Chief Minister Naveen Patnaik directed five senior secretaries to supervise preparedness, response and relief operations in districts to be affected by the cyclone. The five IAS officials are Hemant Sharma  for Kendrapda, Saswat Mishra for Jagatsinghpur,  VV Yadav for Bhadrak,  Vishal Dev for  Balasore and Suresh Vasisth for Mayurbhanj.

Cyclone Yaas’ landfall around Balasore with wind up to 185 kmph; 145 kmph gusty wind in Khurda likely