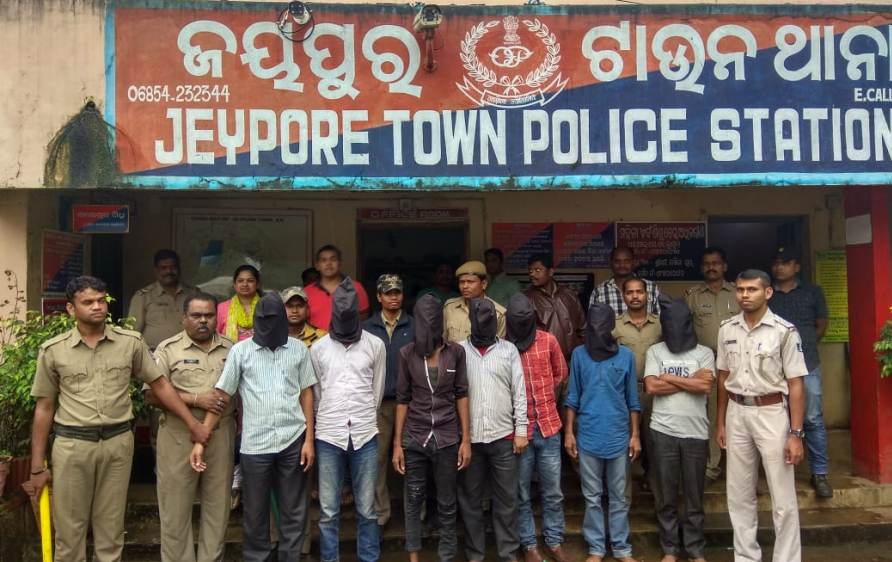 Jeypore: A dacoit gang was busted with arrest of seven criminals by Jeypore Town police here late on Wednesday night.

Among arrested dacoits, six are from Buxar district of Bihar State and one from Pushpar Village under Boipariguda police limits in Koraput district of Odisha.

The dacoit gang was caught with arms and ammunition during raid conducted by a team of police while they were planning for a dacoity at around 1.00 am last night near cremation ground at Dehepaguda of Jeypore town.