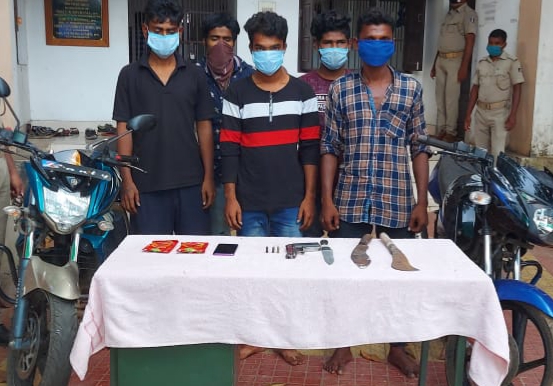 Bhubaneswar: A dacoity bid was foiled in Bhubaneswar after Mancheswar police nabbed five youths while they were planning to commit the offence in a sand quarry near Kuakhai river in Mancheswar area here.

Acting on a tip-off, the police swung into action and conducted raid in an isolated area near Biju Patnaik Club and Gym Center in Mancheswar and apprehended the accused persons armed with firearms and other lethal weapons, police sources said. 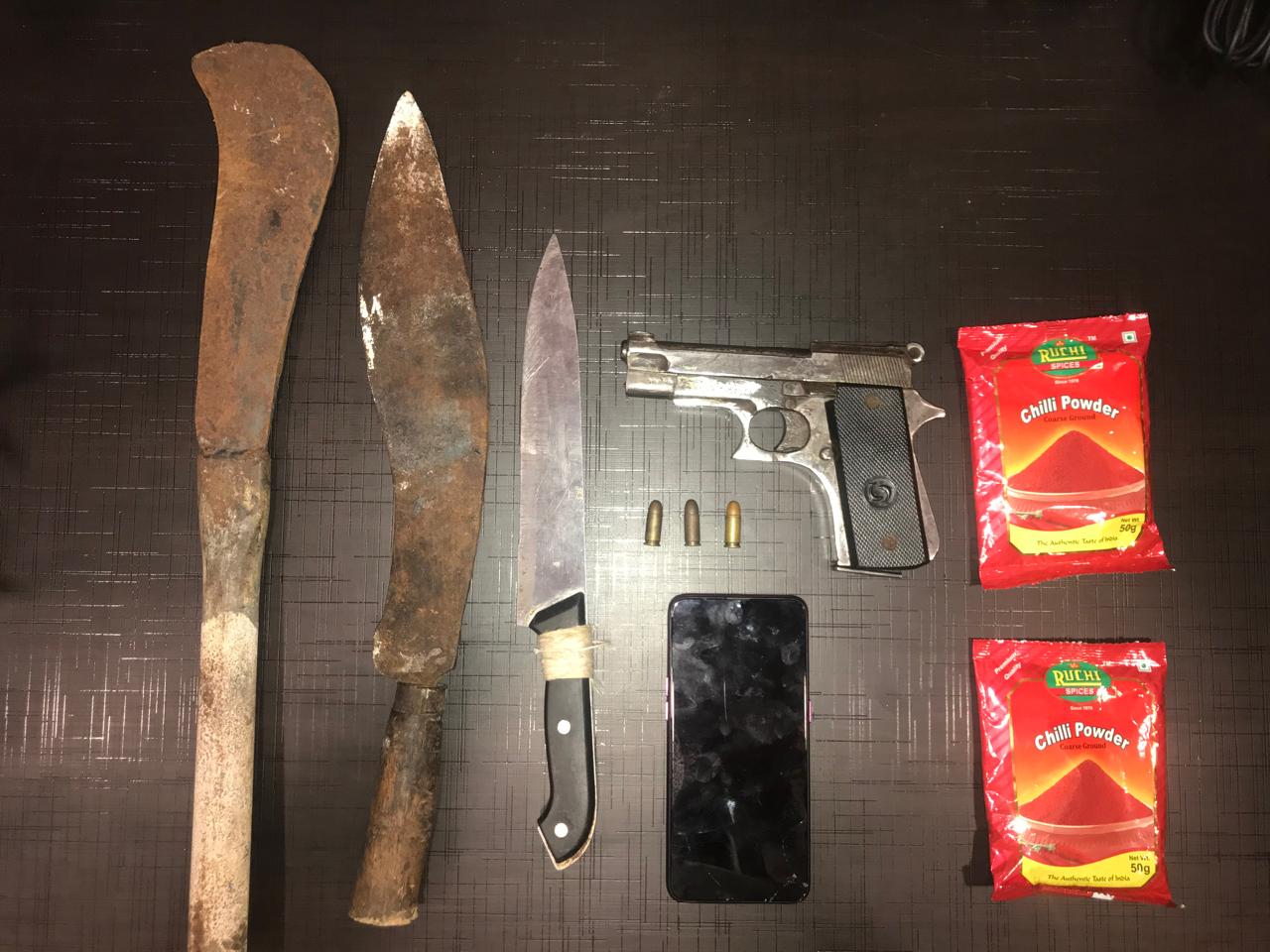 The cops also seized a country-made 7.6 mm pistol, three live ammunitions with magazine, one iron knife, one iron chapad, one billhook, two motorcycles, a mobile phone and two packets of chili powder from their possession.

“A case under Sections 399, 402 of IPC and 25 of Arms Act have been registered and further investigation is underway. Besides, several cases are pending against them at different police stations in Bhubaneswar,” police sources said.