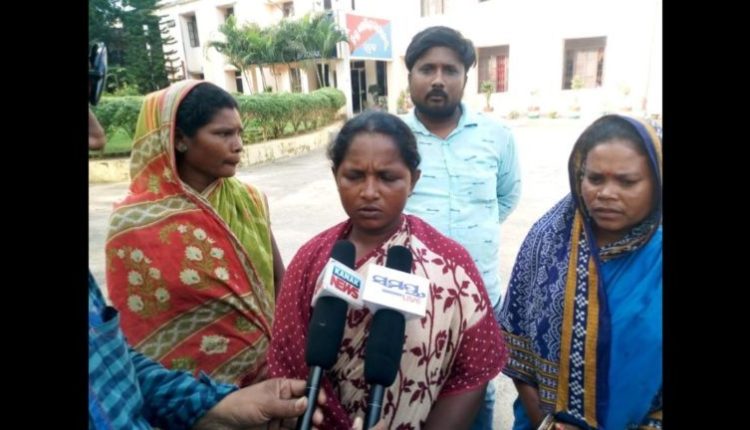 Bhadrak: The eyes of a dead youth were taken out at SCB Medical College and Hospital, Cuttack, without consent from family members, alleged wife of the deceased today.

As per reports, the woman, Champa Gagarai of Bagurai Adivasi Colony in Bhadrak district is illiterate. She was unaware of the content of a form given to her by the SCB hospital staff prior to releasing the body of her husband, Nanda Gagarai. The hospital staff took the woman’s thumb impression on the document without telling her what was written on it.

Nanda had consumed poison following a family quarrel on November 7. He was initially admitted to the Bhadrak District Headquarter hospital and later shifted to the SCB Hospital when his condition deteriorated. He died at the SCB hospital on November 11.

Later the wife of Nanda and his brother were asked to sign some documents. However, they gave their thumb impression on the document without knowing its content.

After post mortem, the youth’s body was handed over to his wife and brother. When they brought the body to the village, other family members discovered that the dead youth’s eyes were missing. Villagers told family members that the eyes of the youth have been donated after seeing the documents given by the SCB hospital. However, the youth’s wife and brother feigned ignorance about knowing the eye donation.

“The SCB staff have taken eyes out of my husband’s body without telling us. As we are illiterate, they asked us to give thumb impression on documents given to us. We did not know about the eye donation,” alleged the woman.

The woman has met Bhadrak Sub Collector to lodge her complaint.